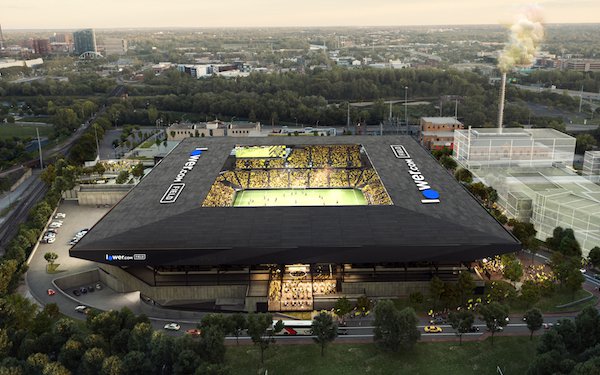 The Columbus Crew reached an agreement with mortgage lender Lower on naming rights for its new downtown stadium.

Lower.com Field will open on July 3 when the Crew faces New England. The stadium, which cost $315 million to build, is located in the Arena District and is part of a development that includes residential and commercial buildings.

At a press conference on Tuesday, Crew co-owner Dee Haslam said it was important to have a Columbus-based company as the stadium partner. Lower.com was founded in 2018 and is based in New Albany.