Austin FC: Q2 Stadium's opening will put 20 of 27 MLS teams in their own built-from-scratch stadium 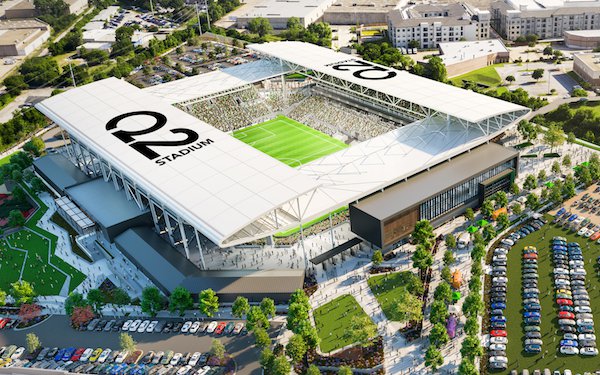 ,
Austin FC will become the 20th MLS team to open a built-from-scratch soccer stadium when it hosts the San Jose Earthquakes at Q2 Stadium on Saturday.

The stadium, which opened to a sell-out crowd (20,500 fans) on Wednesday when the USA beat Nigeria, 2-0, in a women's friendly is the second of three new stadiums that will open in 2021.

FC Cincinnati opened 26,000-seat TQL Stadium on May 16, and the Columbus Crew, which opened the first soccer-specific stadium in 1999, will become the first MLS to open a second stadium when it faces the New England Revolution on July 3 at its downtown stadium, 20,000-seat Lower.com Field.

In January 2019, Anthony Precourt was awarded an MLS expansion team in Austin. It came less than a month after he concluded an agreement with the City of Austin for a new soccer-specific stadium to be constructed at McKalla Place and an agreement with the Haslam and Edwards families for the sale of the operating rights to the Crew, which he purchased in 2013.

Austin was the largest market in the country -- 2.3 million people -- without a major league pro team before Austin FC's launch in April. It has been the fastest-growing metropolitan area in the country for each year over the last decade.

The stadium, located in North Austin, cost an estimated $260 million and was financed by the Austin FC owners. Work took 18 months to complete.

To deal with the Texas heat, the stadium includes the second-largest canopy in MLS (behind only the canopy at Red Bull Arena) to provide shade and openings in all four corners allowing breeze to circulate through the stadium. It features climate-controlled club lounges as well as a beer hall located on the second level.