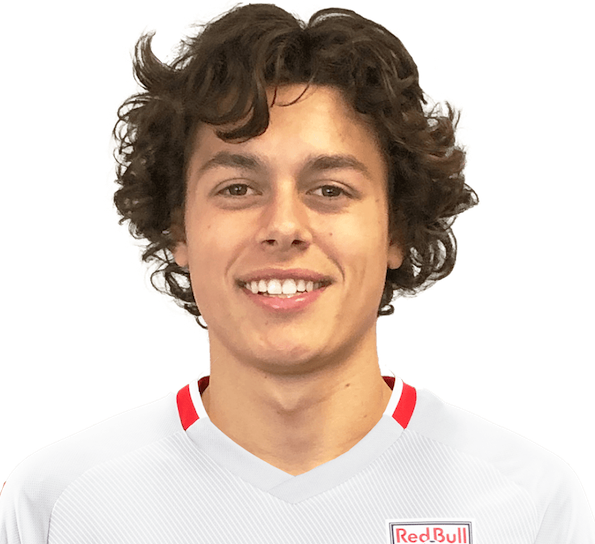 The provisional rosters for the Concacaf Gold Cup were revealed on Friday and when looking at the squads selected for Mexico and the United States, it showed two different paths. Mexico, having lost the Nations League final, consisted of many star players and reflected a team looking for silverware. The U.S. team, meanwhile, reflected a team that has already won silverware and is looking to expand its player pool with youth.

Of the 60 players on the U.S provisional roster, 14 players were eligible for the recently canceled 2021 U-20 World Cup. Among those 14 players, seven players are from the much-anticipated 2003-born class that has been performing well earl in their professional careers.

New York Red Bull midfielder Caden Clark, 18, is among the top American players of the 2003-born birth year and he came into the league with a lot of interest. Playing for the Red Bull II reserve team in USL, Clark eventually came to a first team contract with the Red Bulls but it was a process. Having grown up in Minnesota, where he played for the Minnesota Thunder early in his teenage years, Minnesota United tried to claim homegrown rights on him -- which was bizarre due to the fact United did not exist at the time. It once again called into question some of the rules MLS has for homegrowns, but in the end, Clark was able to join the New York Red Bulls -- despite seriously considering Philadelphia.

“At the time, I was also looking at the Philadelphia Union and I got pretty close to them,” Clark said over the winter. “It was neck and neck with New York Red Bull. When I looked at it, it wasn't that I was better than these kids or that they were better than me. They just had too many kids. With too many kids coming it is not as easy breaking through at Philly. For me, I just wanted to be somewhere where they could really focus on a couple of youth players and give them opportunities -- because you look at Philly, and they're doing a great job by the way. I just felt that the best situation for me was to try to separate myself from that.”

Ever since his debut he has lived up to the hype. In his first game, he scored a huge goal in a 1-0 win over Atlanta. Soon after, he scored a wonder goal against Toronto in a 1-1 draw. Then in the playoffs, and in new coach Gerhard Struber’s debut, he scored in a 2-1 loss.

This season, he has only continued to improve and comes into this weekend’s game against Nashville with four goals in seven games. His goals have showcased abilities to both score impressive quality goals as well as goals that show a knack of knowing where to be at the right time. He is also the complete package that fits the Red Bull system used by all its teams around the globe. He presses relentlessly, wins balls, and passes effectively. 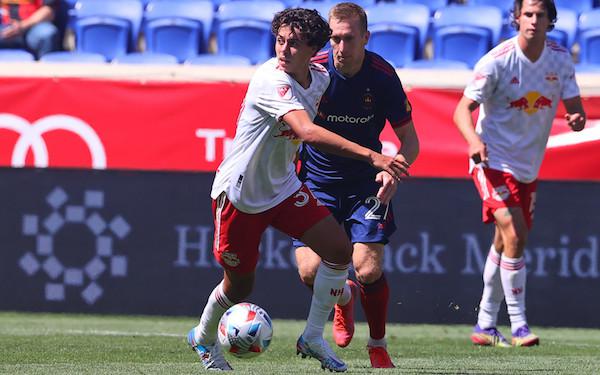 So far with the New York Red Bulls, Clark has seven goals through 15 games and while things have been happening quickly for him the past year, it will only continue to accelerate.

Following this season, it has been widely reported that Clark will be moving to Europe within the Red Bull empire – most likely to RB Leipzig. The Red Bull path has been enormously fruitful to American players and coaches in recent years. Jesse Marsch is now the head coach at Leipzig and Tyler Adams is the team’s starting defensive midfielder. In Salzburg, Brenden Aaronson was one of the team’s best players the second half of the 2020/21 season en route to the club’s fourth Austrian Bundesliga title.

With the New York Red Bulls, Clark is the organization’s latest club prospect, but recent investment in the academy hopes to continue that pipeline.

“What Tyler said is that you just you have to work your way up in the system. He started off in the academy and worked his way up while I came in at USL,” Clark said. “Just seeing what he did, and the pathway he took -- obviously it played an influence. He's had success over there and what seeing what he did in MLS -- playing at a super young age and playing big games in the playoffs. You don't really find it that often when a club would trust a young player to do those things. Gerhard showed me that in the playoff game by starting me. I think you'll find more of that in the league going forward. Except with Red Bull, they've been doing it for some time.”

But it’s not all about the pipeline either. Like Salzburg and Leipzig (Bundesliga runner-up), there is an expectation of winning. Previous top young products like Adams and Matt Maizga each won silverware in New York with a Supporters’ Shield before leaving for Europe. Replicating that doesn’t appear to be a realistic goal this season for the Red Bulls, but making the playoffs and appearing like a threat to advance a few rounds would suffice.

There is also the upcoming U-20 team, which will feature many of that top 2003-born class. That group will hope to qualify for the U-20 World Cup in 2023 in Thailand and made a long run. Such a run would be another strong statement that the U.S. team is not just ushering in a Golden Generation but rather something sustainable. That would mean a great deal to Clark.

“And we're all taking this part in the youth movement -- trying to get youth players in MLS to shine through and to make an impact,” Clark said. “I think that's the great thing about these kids -- they can make an impact. It's just giving them opportunities.”