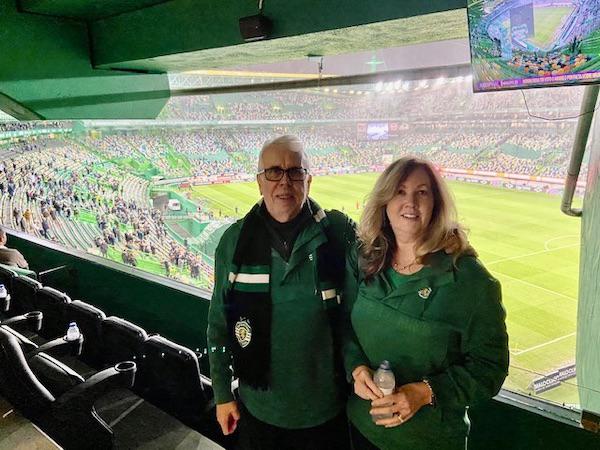 From his house on the Portuguese coast, Francisco Marcos looks out on the Atlantic Ocean. A few thousand miles west lies the United States.

From his beautiful home, Marcos roams all over Europe, watching soccer. He gets to the USA less frequently. But his life and work in Portugal give him plenty of opportunities to stay in touch with American soccer.

There’s no more trenchant observer. After playing soccer at then-powerhouse Hartwick College, the Portuguese native developed soccer tours to Europe and South America. He spent more than 10 years with the North American Soccer League; was a member of both the U.S. Soccer board of directors and Foundation, and in 1986 launched what today is the United Soccer League. In 1995, he helped found the W-League.

Today Marcos is a senior external advisor at Sporting Clube Portugal. With his international background, he’s tried to help sports executives on both sides of the Atlantic understand best practices on the other – while not losing sight of the cultural differences that make each nation unique.

In the months before COVID, he brought Sporting executives to the United States. They went behind the scenes in Florida, watching the Tampa Bay Rowdies, Buccaneers, Rays and Lightning, and Orlando Magic, operate. He took them to Nashville for U.S. Soccer’s annual meeting (“to see that political zoo”), and Baltimore for United Soccer Coaches’ sprawling annual convention.

At Sporting, Marcos says, players who turn 18 with no chance at advancing to the junior A club need an “exit strategy.” That can be an American college. He cites João Moutinho, a Sporting product who played for the University of Akron, then became the first overall selection in the 2018 MLS SuperDraft. He’s now with Orlando City.

“Out of 100 players, two might make it” to the Portuguese first division, Marcos says. For the other 98, a U.S. college – and/or playing in MLS or the USL – could ensure “a great future.”

Marcos wants the exchange of players to go both ways. Sporting’s brass believes there are “other Christian Pulisics waiting to be tapped” here. The goal is to find them, bring them overseas – and also provide opportunities for Portuguese players to come to the U.S. 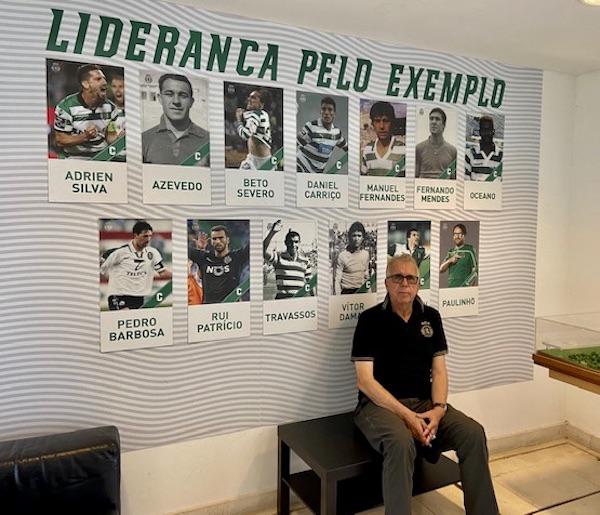 Sporting’s youth academy is legendary for producing star players. Cristiano Ronaldo, Luis Figo and eight of Portugal’s 11 Euro 2016 final-winning starters came through the system. Being immersed in that culture is the best way to develop as a soccer player – technically, tactically and mentally – Marcos says.

He likens it to learning a language. “You can study at Harvard, but you’ll never speak like a native. You have to go to a country to really speak it. That’s why we invented junior year abroad.”

In an ideal world, Marcos would put the U.S. U-17 national youth team in Portugal’s U-19 league. “They have to wake up on Saturday morning knowing if they don’t win, the coach will get fired. They have to go play in the rain. They won’t get that experience in Florida, where the sun shines every day and breakfast is always ready, no pressure.”

That’s a reference to the former U.S. youth residency camp in Bradenton. It did its job, Marcos says – developing players like Landon Donovan, DaMarcus Beasley and Michael Bradley --  but it did not go far enough.

Players like Pulisic are taking the next step. “They go to Europe at 15 or 16. They live the culture 24/7. They pay the price. The intensity either makes them, or kills them. If it kills them, it’s good to learn as early as possible.”

For a small country, Portugal punches far above its weight. Marcos attributes the country’s soccer success to a a good mix of players from there, Brazil, Africa and Eastern Europe. They’ve always been technically strong. He also gives credit to Carlos Queiroz, the former national coach who Marcos believes has not been given his due.

Marcos dismissed the myth of street soccer. “There are no streets to play on anymore,” he scoffs. “There’s too much traffic. But we still create an environment like that, where a kid can bang a ball off a garage wall.”

Sporting sponsors over 100 small schools, where from age 7 youngsters play 3-v-3. At 12, they’re tapped for the academy program – or not.

It’s a far cry from the U.S., Marcos knows. He has opinions about what could and should work here. But he’s spent enough time on two continents to know that it’s tough to try to simply impose one country’s soccer culture on another.

Marketing strategies that we take for granted here have backfired in Europe. Similarly – much as he’d like to see it happen – Marcos knows that MLS (or any other “major league” sport) would never adopt promotion and relegation.

But that does not stop him from looking proudly at the USL. He began it 35 years ago in the Southwest, with five teams: Dallas, Lubbock, Amarillo, Albuquerque and Oklahoma City. Today it sprawls across men's. women's and a youth leagues, both professional and amateur. MLS teams like FC Cincinnati began as USL franchises.

(Marcos is not a fan of American soccer teams calling themselves “FC.” “There is one football team in Dallas. It’s the Cowboys,” he notes.) 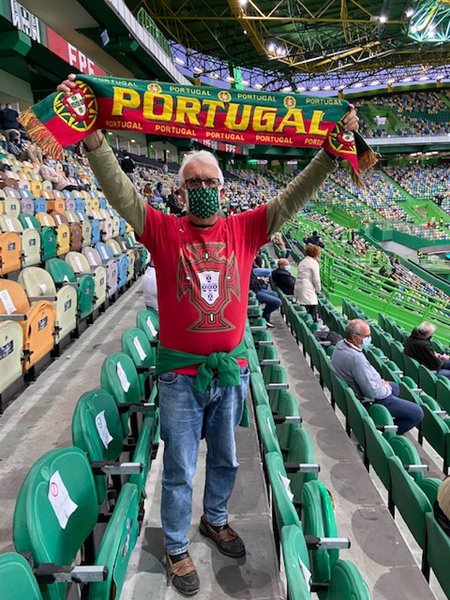 Marcos has spent the past several decades crossing the world for soccer. COVID limited Marcos’ travel. But now he and his wife, Beverly, are venturing back out. They go to every Sporting match they can, and traveled to Budapest to watch Portugal in the Euros.

Every Monday, Marcos has a Zoom call with his oldest friends from his American soccer days. They kid him about his devotion to Sporting, and the amount of travel he does to watch his club and nation.

He takes the joshing in stride. “It’s my life,” Marcos says. “Like I said about learning a language in your junior year abroad: Unless you live it, you just don’t get it.”