MLS launches another league 'to complete the professional pathway' 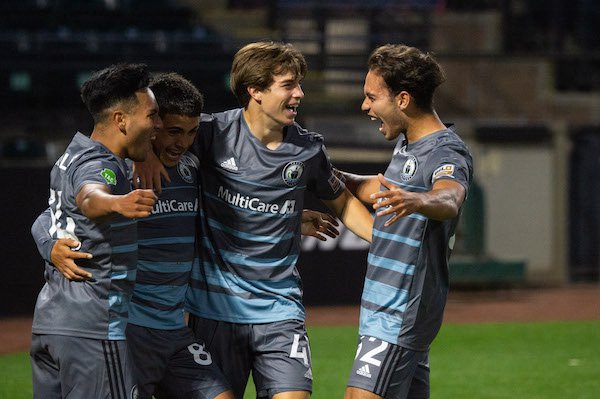 Major League Soccer started in 1996 with 10 teams. The English Premier League, then as now, comprised of 20 teams -- albeit in an area the size of Louisiana. In 2021, with 27 teams, MLS is the largest top-tier soccer league in the world. MLS's continued expansion seems logical compared to the USA's other major sports leagues.

Otherwise, pro soccer's growth in the USA can't possibly be logically compared to the historic structure of soccer abroad or traditional American sports. Only in the USA do universities play a role in prepping pro athletes. A pro soccer venture in the USA is part of an unfettered global free market incomparable to football, baseball or basketball. The only thing one could predict about how professional soccer would evolve in the USA was that it would be a hybrid.

Since its inception, MLS depended largely on platforms by other organizations for its youth and reserve teams. U.S. Soccer ran the Development Academy that MLS youth teams thrived in and the USL provided valuable competition for MLS reserve teams, and a way to commit young players to pro deals.

U.S. Soccer launched the DA in 2007, around the time that MLS mandated its teams commit to youth development programs. When U.S. Soccer ended the DA in April of 2020, MLS launched MLS Next, basically taking over the DA from U.S. Soccer. Especially because of the Covid interruptions, it's too early to judge MLS on this venture, but when it stepped in, the youth clubs that preferred a DA-like continuation were grateful.

On Monday, MLS confirmed another expansion: 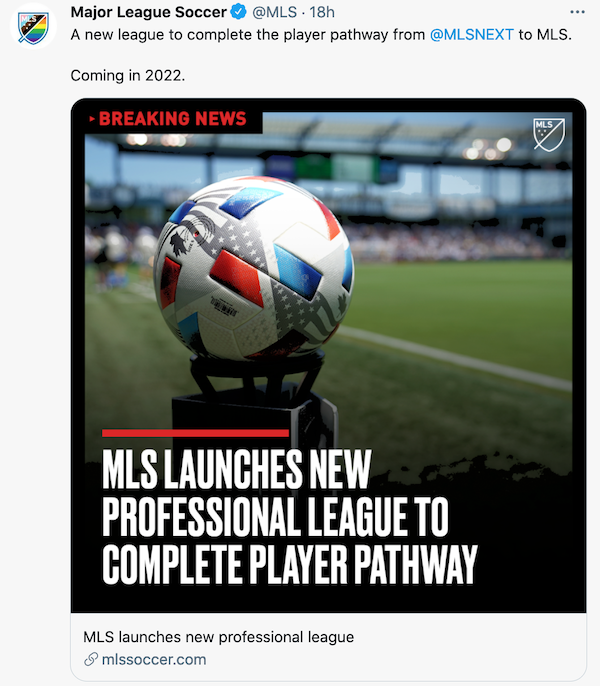 “We are excited to launch a new league to complete the professional pathway between our academies and the MLS first teams,” said MLS President and Deputy Commissioner Mark Abbott. “In addition to providing more opportunities for MLS-caliber players, the new league will develop a diverse talent pool of coaches, referees and front office executives while also attracting fans who previously were unable to support a local club in their hometown."

The league will kickoff in late March of 2022 with 20 MLS clubs along "with the potential for independently owned teams for the inaugural season in 2022."

Among the MLS reserve or affiliate teams currently competing the in USL, the Tacoma Defiance, Sporting Kansas City II and Real Monarchs are joining for the inaugural season.

"During the coming months, a leader and new staff of league office employees will be hired to oversee the launch and ongoing management of the new league, which will have dedicated space in MLS’ New York City headquarters," MLS announced on Monday. "The new league will be supported by the infrastructure, experience, and resources of MLS. ... Further details, including the league’s name and logo, participating teams in the inaugural season, and application process for expansion clubs will be unveiled over the course of this year."