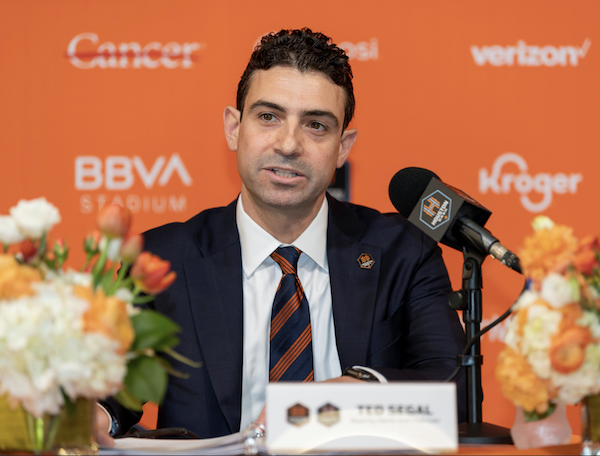 "I've been a soccer fan all my life," said the 40-year-old Segal. "I was raised in New Jersey, a soccer hotbed and have fond memories of the 1994 World Cup. I witnessed soccer's explosion and popularity in the wake of that World Cup and the founding of MLS. I believe soccer is on the precipice of another step-change in popularity in the run-up to and hosting of another World Cup in North America in 2026.

"More recently, I have proudly watched the sustained excellence of our women's national team. As the father of three, including two young daughters, I've watched them play in youth soccer programs and see the love of the sport take hold with them. As a family we watched every minute of the 2019 World Cup run and had the good fortune of attending women's national team games."

Among the players on the U.S. 1994 World Cup was New Jerseyan Tab Ramos, who assisted on Earnie Stewart's gamewinner in the 2-1 win over Colombia. Ramos has been head coach of the Houston Dynamo since the 2020 season. He's been challenged with running a team that in recent years has had one of the lowest payrolls in MLS.

“My commitment ... is to provide resources to the club on-and-off the pitch to succeed," Segal said. "So, I will provide the adequate resources to make them a winning team."

The Dynamo launched in Houston when the Anschutz Entertainment Group (AEG) relocated the San Jose Earthquakes (which reincarnated in 2008) to Texas in 2006 and under Coach Dominic Kinnear won the 2006 and 2007 MLS Cups, and finished runner-up in 2011 and 2012. AEG began divesting after the 2007 season, BBVA Stadium opened in 2012, and Mexican-born investor Gabriel Brener purchased the majority share of the team in December 2015. Minority owners included former boxers Oscar De La Hoya, Ben Guill, Jake Silverstein, and NBA star James Harden. Brener, De La Hoya, Guill and James Harden will retain minority stakes in the club.

Segal is the founder and president of EJS Group, a New York City-based real estate development and financing company. He is also co-founder and chairman of Verance Capital -- Sports, Media and Live Entertainment, and an investor in and member of the board of directors of the Professional Fighters League. Segal had previously been vice president at LS Power Equity Advisors, and in 2009-2013 was an associate at Latham & Watkins LLP, the law firm at which Alan Rothenberg (former U.S. Soccer president, 1994 World Cup organizing committee CEO, and an MLS founder) was a partner, and where Mark Abbott (MLS president and deputy commissioner), Ivan Gazidis (former MLS deputy commissioner and Arsenal CEO), and agent Richard Motzkin came out of. Segal shared his family history during the press conference:

"I would be remiss if I didn't especially recognize my parents on this day," he said. "They immigrated to the United States from the Soviet Union in 1978 with $100 and my then 3-year-old brother in tow. With education, hard work and good luck, they achieved extraordinary success and laid the foundation for me and my brother to bid on the business they created. They epitomize the American dream and their achievements allowed me to humbly join you here today on behalf of our family, an unmanageable position only a generation ago." 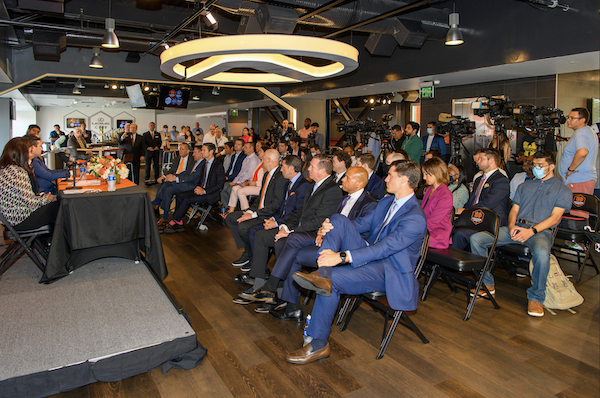 • City of Houston Mayor Sylvester Turner:
“I look forward to continuing with the city's partnership seeing more victories, and the club's operation of the Aviva Sports Bank, [which serves] over 250,000 youth each year. A lot of people may not know the Dynamo operate the rugby field and operate the seven soccer fields and the stadium, and so I'm excited, Ted, for our city, in addition to being the majority owner, you will serve on the MLS board of governors, the city is committed to bidding to become one of 10 U.S. host cities for the 2026 World Cup."

• National Women’s League Soccer Commissioner Lisa Baird:
"We're a league that's nine years old and we are incredibly proud of the progress that we've made in the last nine years with the ownership we have, including dramatically increasing women's pay, including getting new owners such as Ted in the League with the help of MLS. But there's more work to be done. And the work really is going on right now within the ownership group regarding our governance systems, team standards. We are engaged with the (player agreement) in a new collective bargaining agreement. We are putting forth a strategic plan for growth, and a lot of that is going to be a very comprehensive look at what it takes to continue to be the best women's professional soccer league in the world. So, there's a lot of work going on a lot of levels. Some might say it's overwhelming. That's why I'm glad to not only have Ted with me here on the dais but to have Jamey (Rootes) here as well working with John, because the combination of their two sports experiences across many leagues is really going to help us to get to that next level of excellence, which is what our goal is.” 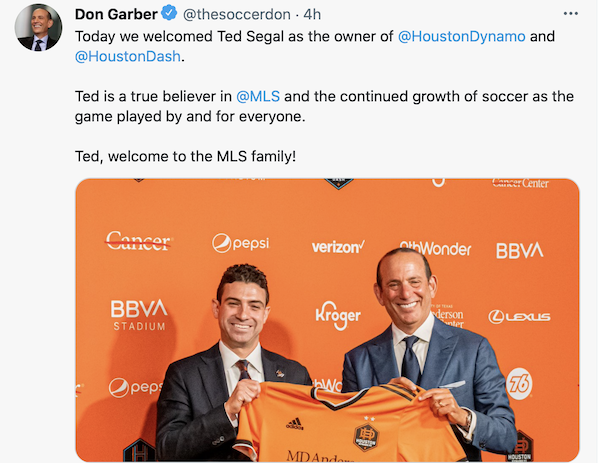 • MLS Commissioner Don Garber:
"We have always had high expectations for this market ... I can only say that the previous ownership group was focused, did everything that they believed they were capable of doing to take this team to a couple of championships ... and to invest in the team to get it to where it is today. But now it's a new whole world ... call it Houston Dynamo, Houston Dash 2.0. [We look forward] Ted and his vision for taking it to higher levels that ultimately will allow this club to achieve its goals and frankly deliver on our expectations on what the Houston market should be delivering from a fan perspective, from a corporate partnership perspective, from a community perspective. This is an important city in our league, and we are excited and hopeful about what the future lies with Ted and his new group.”