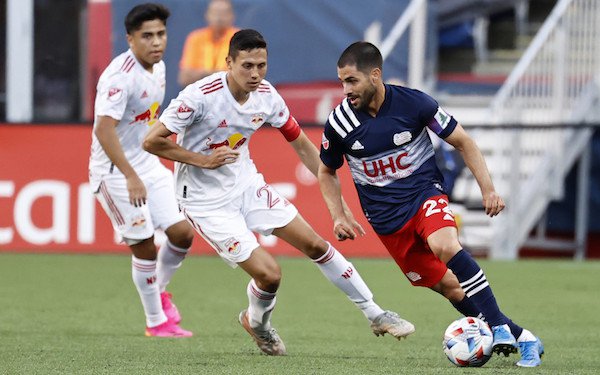 Stats? Not so much either.

Spanish playmaker Carles Gil contributed assists on all three goals in the Revs' 3-2 win over the New York Red Bulls that extended their lead in MLS's Eastern Conference back to five points.

Gil has five assists in his last two games and 10 in 10 games -- double the next most in the league, by Brazilians Fabio (Red Bulls) and Joao Paulo (Seattle) -- to put him on pace to break the season record held by Carlos Valderrama (26 with Tampa Bay in 2000).

But Arena said he's not on the Gil watch.

“We’re in game 10," he said. "Let’s worry about that in September and October. I don’t even know what the record is and all of that. Carles is doing very well and whatever lies ahead, lies ahead. With all due respect, I don’t even know what you’re talking about, in terms of the assist record. But he’s certainly a very good player and again, had a good game today.”

Gil set up Tajon Buchanan, DeJuan Jones and Gustavo Bou for goals that staked the Revs to a 3-0 lead after 51 minutes and they held off a late charge for their fifth win in five games at Gillette Stadium. He credits the chemistry and understanding he has with his teammates for his surge in assists.

"We tried to play fast," he said. "Less touches and not holding on to the ball so much, I think that's how we got the three goals tonight. They were all fast-paced plays. We were able to score three goals and we had a few more opportunities to score, so we're pretty pleased with that.”

The Revs are 7-1-2 for 23 points, only one behind Seattle (7-0-3) in the battle for the Supporters' Shield. But like the assist mark, Arena says his team's record needs to be put in perspective.

"We have one of the better records in the league over the first 10 games," he said. "We’re doing fine. We’re realistic in understanding that we’re about 30 percent into the season. There’s a lot of games ahead. We have to get better, but we’re pleased with the progress we’re making. But certainly, as you can see today, there are mistakes being made that we’ve got to get a little bit better, for sure.”