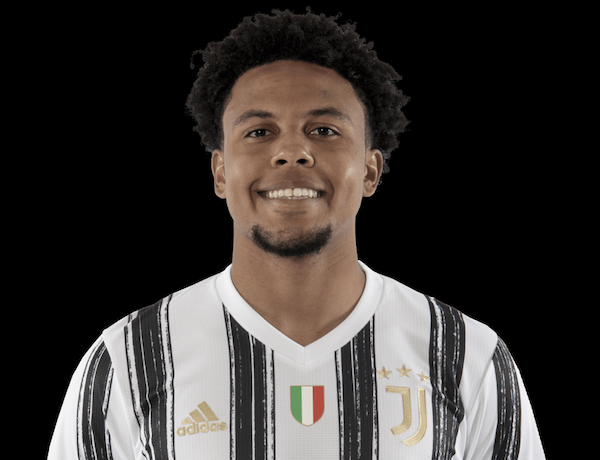 Even when wearing a mask and hoodie, the 22-year-old American Weston McKennie gets recognized when he goes out in Turin, his home since he joined Italian power Juventus from Germany's Schalke 04 in August of 2020.

On a rare homecoming to Texas, after his first season playing alongside Cristiano Ronaldo, McKennie is visiting FC Dallas, where he played from age 11 until joining Schalke 04 at age 18.

"In Italy, whenever I walk in the city, which I don't do very often, I get stopped every 10 meters," he said. "It's OK. I understand that's part of the profession. But in Italy, they follow you for 200 meters. They follow you into stores and take photos of you."

McKennie's not complaining. He was asked during a press conference, ahead of the MLS Next Playoffs/Showcase hosted by FC Dallas, to describe celebrity life in Italy and how he's enjoying his stay in North Texas.

"Being with my family, visiting my friends, playing pickup at the Pit," said McKennie. "When I come back, it's a feeling I don't really get over in Europe. I get to be myself, like a normal kid from Dallas."

McKennie has had time only for one visit home a year -- his winter break last December was four days -- and this his longest break in four years. On this visit, he reunited with his FC Dallas academy coaches Chris Hayden (Vice President of FC Dallas youth) and Luchi Gonzalez, now the first-team head coach.

"I still brag about our 2015 U15/16 [Development Academy] national championship season," he said. "We went undefeated, 0 goals scored against us, in the playoffs, and won it out in Cali. That's something I get into arguments with some of the other academy guys in the national team."

"The first time I saw Ronaldo," McKennie said, "I was walking to the physio room to do my medical and I saw him come out in his underwear. I was like, 'Oh my goodness, this is really him.' I did everything I could to act normal and not be a total fan boy, because he's going to be a teammate.

"It's been a true blessing to play with him. He's taught me a lot of things: discipline, professionalism, drive, hunger. Things I felt I had, but things I also needed to improve, and he's helped me with that."

McKennie was born in Texas, lived in Germany from age 6 to 9 while his father served in the U.S. Air Force, and started playing soccer because there was no football for his age in Germany. Shortly after returning to Texas, he joined FC Dallas at age 11 and played on its U-13 team.

"I thank FC Dallas for so much," McKennie said. "For believing in me, especially through the hard times. ... They helped me when I went through rough times with the U-17s. When I came back, they helped put the pieces back together, mentally, emotionally, and physically as well."

"FC Dallas set a real professional environment for me. We trained on Field 2, and Field 1 is literally right across from you. You're able to see the pros over there. You're thinking, it's so close. It's right there. So you gave every you could to make sure that you'd get to that field one day.

"Obviously they helped me so well that I was able to make the jump over to Europe instead."