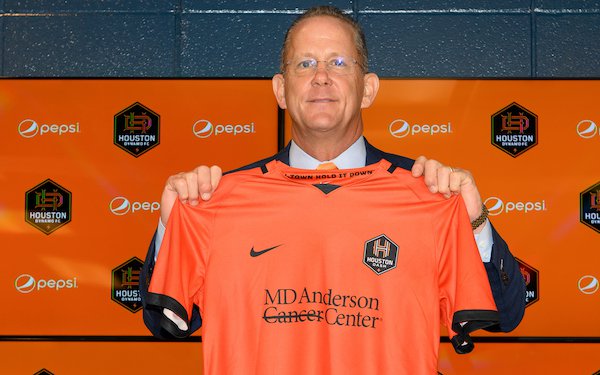 Jamey Rootes' involvement in MLS goes back to its launch in 1996.

A former college player at national champion Clemson and assistant coach at Indiana, Rootes got involved in MLS after working on the 1994 World Cup, like so many other executives early in its existence.

"I worked at the World Cup venue in Chicago and I was a field manager," he said. "I was in the corner, and the first goal was scored [by Jurgen Klinsmann for Germany against Bolivia] and it was just electric, and crazy. I saw the full potential of what the game could be here in the United States for the first time, so that was a very memorable moment."

Rootes was the Columbus Crew's first president and general manager. He was the 1996 MLS Executive of the Year and worked on getting MLS's first soccer-specific stadium off the ground in Columbus.

Rootes tells one of the most famous stories in MLS's history, about the night Crew owner Lamar Hunt was turned down by the city of Dublin in his bid to build a soccer stadium in the Columbus suburb. (It was actually the second time a Crew stadium project collapsed.)

Before Rootes dropped Hunt off at the airport for his return trip to his home in Dallas, they stopped at a local McDonald's to get something to eat. Rootes figured the Crew's future in Columbus was now dead without a long-term home. After they ordered their food,  he went to get some condiments and returned to find Hunt hovering over a map of Columbus he had spread out on their table.

What was he doing? Hunt replied, "Oh, I'm just trying to figure out where else we can build this soccer stadium."

A Columbus soccer stadium eventually opened in 1999, and a second soccer stadium, this time in downtown Columbus, will open on Saturday.

Rootes left the Crew in 2000 to join the NFL's Houston Texans. After more than two decades with the Texans, Rootes resigned his position as their president in February. And with the sale of the Houston Dynamo and Houston Dash to Ted Segal, Rootes has been brought in as their CEO.

He admits the soccer landscape has changed since he left.

"This league has changed dramatically," Rootes said of MLS. "It's gone from 12 teams to 27 teams I mean it is a very different animal so there is lots for me to learn there. And of course, the NWSL --when I was with MLS -- didn't exist, so I'm going to have to work hard to come up to speed there as well." 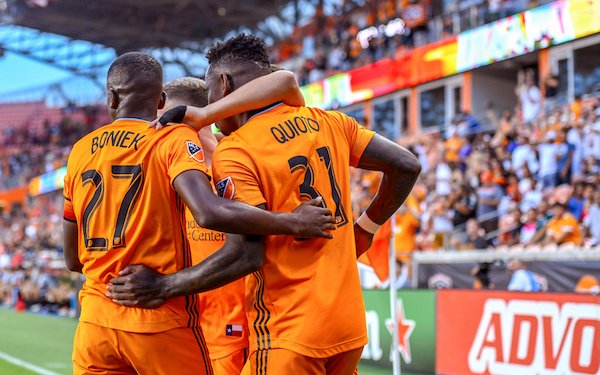 "The idea is, let's awaken the sleeping giant of Houston, Texas, that people have been talking about from a soccer perspective," said Rootes. "I've had a chance to see it first-hand over the last 20 years at NRG Stadium with the number of events that we've hosted."

"Where do you start there?" said Rootes. "Well, you have a new owner who's coming in to put the resources behind the team to realize the vision and so you have to identify what's the most important things for us to be investing in. And from a team perspective, it's about players, of course, and it's about facilities."

Harris County and the Houston Sports Authority own BBVA Stadium, which they lease to the Dynamo and Dash. Rootes said the priority is to review what can be done to improve the fan experience at BBVA Stadium. He committed to opening safe-standing sections, beginning in 2022.

Filling BBVA Stadium, which seats more than 22,000 fans, will be the challenge.

"That's the challenge and that's what we'll be working on," he said. "I don't know what the answer is right at this moment, but that's what we'll be working on, building the audience. It's about, what I term trial and loyalty. People coming out experiencing it, having a great time, seeing how differentiated this experience is, and coming back and telling their friends." 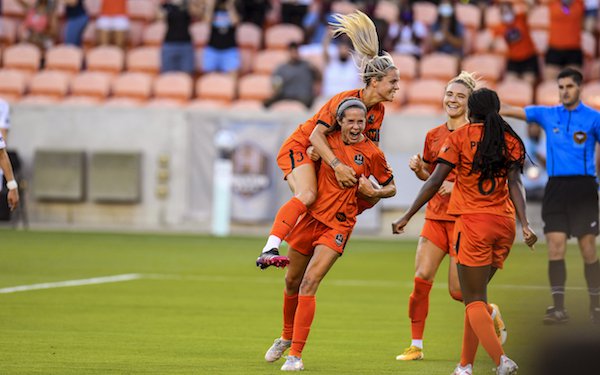 The first big test will come this weekend with the first games at BBVA Stadium back at full capacity since the pandemic hit in 2020. The Dash will host OL Reign on Friday night. And the Dynamo will host FC Cincinnati on Saturday night.