Plain and simple -- England deserved its win over Denmark

In the American Twittersphere and punditocracy, all of the conversation regarding England’s 2-1 win over Denmark has revolved around one supposedly controversial play, the penalty call when Raheem Sterling  was fouled in the penalty area in  overtime.


Yes, by the letter of the Laws of the Game, he was fouled. 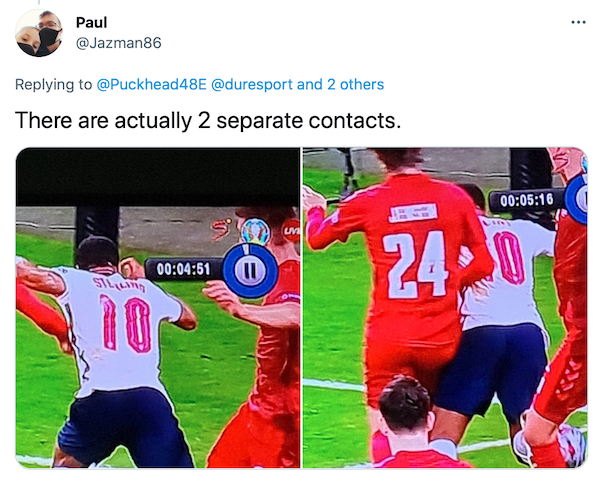 You can argue it was a “soft” foul if you like. More preposterous is the notion that the foul shouldn’t have been called because Sterling is apparently “looking” for the foul. If he was “looking” for the foul, Denmark’s defenders (both of them) should’ve been smart enough not to give it to him. Besides, if Sterling hadn’t stumbled, intentionally or not, this would’ve been an even clearer foul. 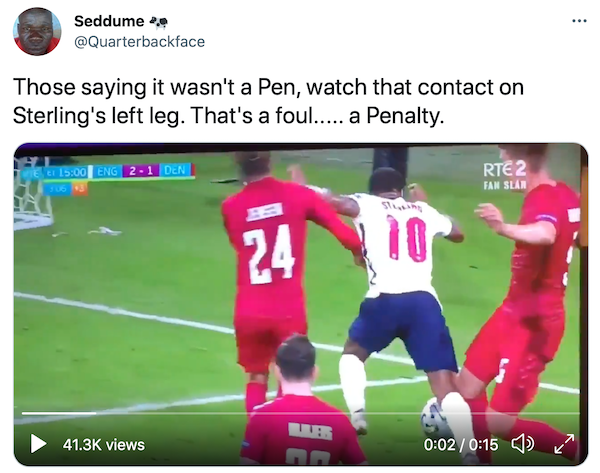 It’s not up to the referee to determine an attacker’s intent when contact is made. And it’s not up to VAR to second-guess a judgment call and say it was too “soft.”

You can argue that Denmark was unlucky in that situation. Perhaps. But their luck evened out. Denmark was lucky not to concede an earlier penalty when Harry Kane was tripped in the second half. 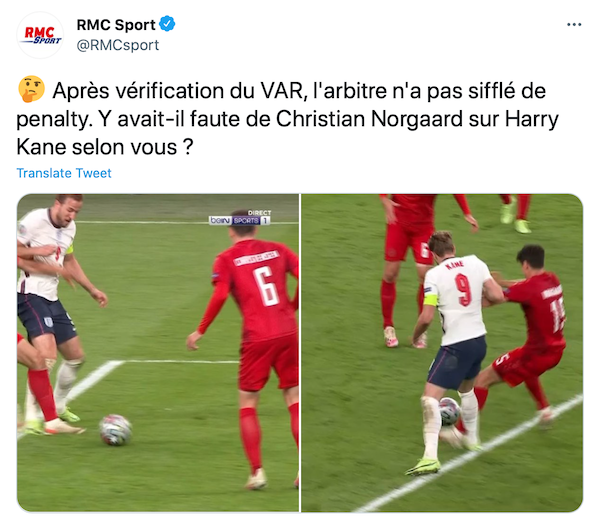 Also, Denmark was perhaps a little lucky that no whistle blew when their attackers moved toward the England wall on their free-kick goal, though (A) it’s unclear whether they got within a yard of England’s wall and (B) that infraction is called about as often as the goalkeeper holding the ball for six seconds, and no one wants a replay of the 2012 Olympic women’s semifinal. IFAB added that rule in 2019, and I can’t remember ever seeing it called.

Also, Denmark was perhaps a little lucky that no whistle blew when Kasper Schmeichel picked up a clear backpass in the third minute.

But most of all, Denmark was perhaps a little lucky to be in the game at all, having parked the bus for the last hour and ending up with a measly 0.20 xG to England’s 3.22. 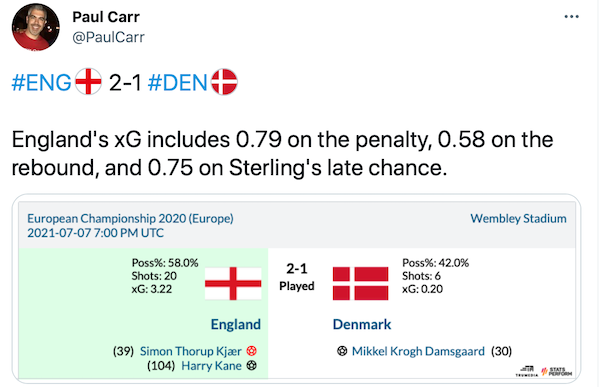 So when pondering whether Denmark was robbed, consider this question: What did they do to deserve a victory? And if we want to see attacking soccer, shouldn’t we be glad that, given enough time, teams that do nothing but defend eventually see their luck run out?

Instead, people are so intent on taking the win away from England that even German referee expert Manuel Gräfe, cited in Ian Plenderleith’s semifinal recap, has neglected to consider the rules on outside interference when discussing the “two balls on the field” incident. 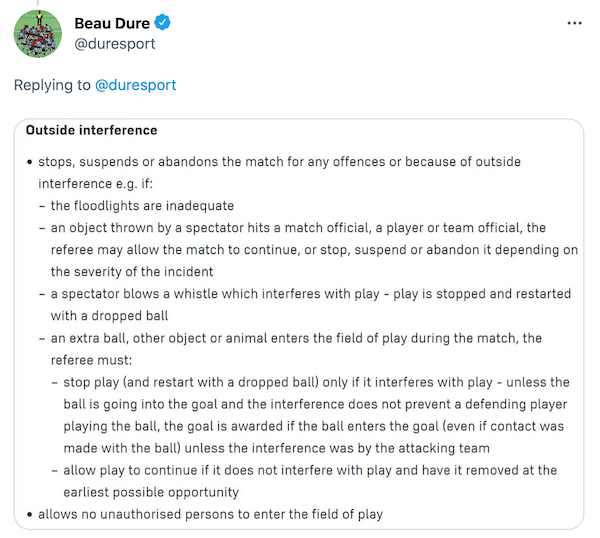 If anything, the stray ball affected the attacker. But if the attacker continues on with the ball, then it’s hard to argue the “interference” part of “outside interference,” and the rules are quite clear that the referee should allow play to continue.

You can also argue that some of England’s fans don’t deserve a winning team. Whoever pointed a laser at Schmeichel’s face should get a prison term and a lifetime ban from attending a soccer match. But even if England can find the fan in question, they still have to answer charges on fireworks. And isn’t it about time the English tradition of booing the opposing national anthem follows Mexican fans’ homophobic utterance into the ash heap of history?

But England’s players deserve the win. Only Schmeichel’s brilliance could keep them at bay, and you can’t count on your goalkeeper all day. See Tim Howard vs. Belgium.

In soccer, even more so than in other sports, the deserving team doesn’t always win. In this European semifinal, with all due respect to a Danish team that overcame the trauma of Christian Eriksen’s on-field brush with death to make a delightful run to the final week of play, it did.