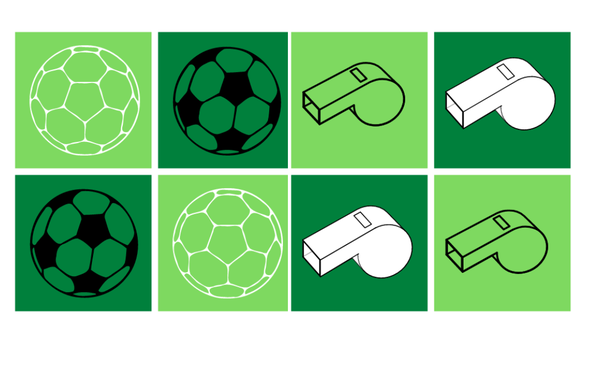 With this summer being the 50th anniversary of the movie “Willy Wonka and the Chocolate Factory,” we repost this article by Randy Vogt on why youth soccer refs should emulate Wonka

Officiating professional soccer is definitely not for the faint of heart. This is not surprising as people’s livelihoods are based on the results.

Officiating youth soccer is sometimes not for the faint-hearted either. The majority of youth soccer referees quit within their first two years with verbal abuse by kids’ parents being the No. 1 reason for quitting.

New and relatively new refs are trained by the best and brightest referees, many who officiated professional games. They are often many years removed from the girls under-7 or boys under-9 games that inexperienced officials referee when starting out. Unfortunately, this often shows in the clinics as new referees are taught that they are “judge, jury and executioner” when officiating a game.

The emphasis in clinics for professional referees is correctly on enforcement but it’s a mistake to emphasize that for youth soccer referee clinics as the games are so different. On the youth level, the emphasis needs to be on compassion.

Yet when was the last time you thought of “referee” and “compassion” in the same sentence? Youth soccer refs are taught to be the next Pierluigi Collina, the bald ref from Italy who officiated the 2002 World Cup final and is considered the best referee of the past generation. Being Signor Collina is a noble yet unrealistic goal, when youth referees should strive for something within their grasp by being more like Willy Wonka instead.

In the games that referees start out with, the young players are thrilled to be running around with their friends. The parents, who can terrorize new refs, are happy when their kids are having fun and they see a smiling, hard-working referee. If the ref could briefly explain the decisions that the adults do not comprehend, all the better.

Referees need to treat coaches, players and their parents as allies unless they clearly indicate otherwise. It’s important for refs to know and enforce the rules but equally important is the knowledge how the rules should be applied to the age and skill level being played.

Rule 18, common sense, applies as much to youth soccer games as Laws 1 to 17 combined. Kids say the darndest things on the soccer field, such as when I signaled and said “Corner kick” during a boys U-8 game as the ball went over the goal line and the forward asked, “For which team?”

Referees should take the attitude that they are being given the privilege to officiate that day. After all, you meet new people, have an opportunity to make a positive difference in other people’s lives, get exercise and, hopefully, have fun, all while earning a little money.

The best refs bring out the best in everyone, including themselves. If the ref is having a good time, you’d be surprised how many other people are being affected with that positive attitude. Those song lyrics often come true, “When you’re smiling, the whole world smiles with you!”

This positive attitude has worked for me for more than four decades as refereeing has been one of the highlights of my life. I cannot tell you how many people warmly greet me on the street, sometimes years or decades after I have officiated their games.

But just like Willy Wonka, I cannot go on forever as new and younger referees need to develop to their potential. If referees can make it past the critical first few years of their career, they can advance up the ranks. Who knows, maybe they could be the next Pierluigi Collina one day!