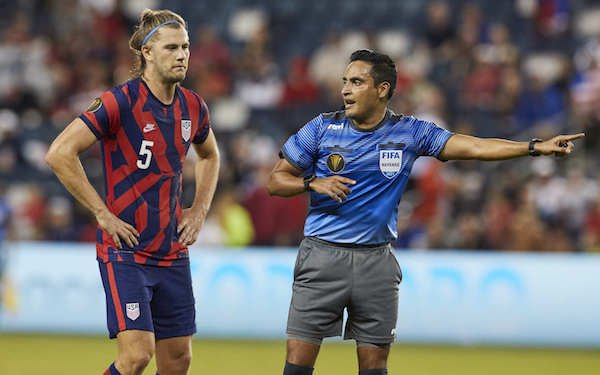 The USA will face Jamaica in Sunday's Gold Cup quarterfinals at AT&T Stadium in Arlington, Texas.

The 2-1 loss to Jamaica in the 2015 semifinals ended a string of five straight tournaments the USA reached the championship game.

Since then, the USA beat Jamaica, 2-1, in the 2017 final thanks to a late Jordan Morris goal and, 3-1, in the 2019 semifinals on two goals by Christian Pulisic and one by Weston McKennie.

Jamaica finished second in Group C after losing to Costa Rica, 1-0, on Tuesday night. The Ticos were the only team besides the USA to finish group play with three wins. For the USA, it marked the 11th time in 16 tournaments it was perfect in the first phase.

The USA will be without captain Walker Zimmerman for the rest of the tournament. The Nashville SC defender exited the USA-Canada game in the first half with what was diagnosed as a hamstring strain.

U.S. national team head coach Gregg Berhalter has called New England Revolution defender Henry Kessler and San Jose Earthquakes forward Cade Cowell into the team camp, where it has been training in Frisco, Texas. Both Kessler (23) and Cowell (17) are uncapped.

The Gold Cup regulations were amended to allow teams can replace injured players up to 24 hours prior to the quarterfinals. As of Tuesday evening, no official requests for roster changes have been submitted to Concacaf.