USMNT: James Sands makes the most of his opportunity in big role 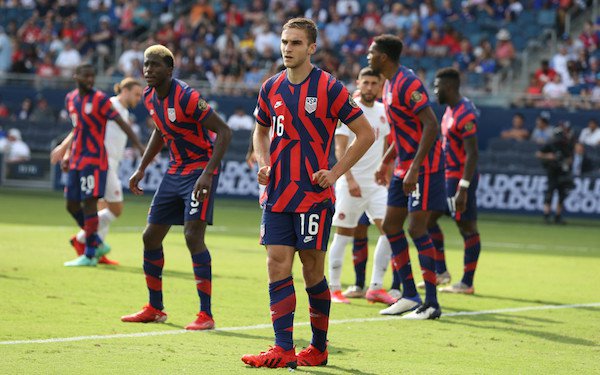 Four have gotten starts -- Gianluca Busio, Matthew Hoppe, James Sands and Eryk Williamson -- and the fifth, Donovan Pines, played the last 75 minutes of the 1-0 win over Canada after captain Walker Zimmerman was injured.

The standout has been the 21-year-old Sands, who started the last two games, in the middle of the three-man backline against Martinique and in the dual role of center back and holding midfielder against Canada.

The NYCFC defender got his first taste of the Gold Cup when he was brought on late in the USA's opener against Haiti. The USA was leading, 1-0, but not playing particularly well. Sands, who helped stabilize the U.S. defense, admitted he was nervous beforehand.

“I don’t often get nervous," he told the New York media in a call a day after the 1-0 win, "but when I stepped on the field, the nerves kind of go away. Once I got a few touches on the ball and felt normal, like I was back playing an MLS game in New York.”

He was Soccer America's highest-rated player in the 1-0 win over Canada, starting out in the hybrid role of sitting in the middle of the three center backs when the USA defended and pushing up into midfield when it attacked.

"I really liked him moving up into midfield," Berhalter said. "He gave us a numerical advantage and we're happy with it. I think at times it worked really well. James, in the first 20 minutes was, I think, one of the best players in the field. He dominated the game stepping forward, winning the ball, really calm on the ball, and then as it went, like most of the team, it was hard to sustain that level." 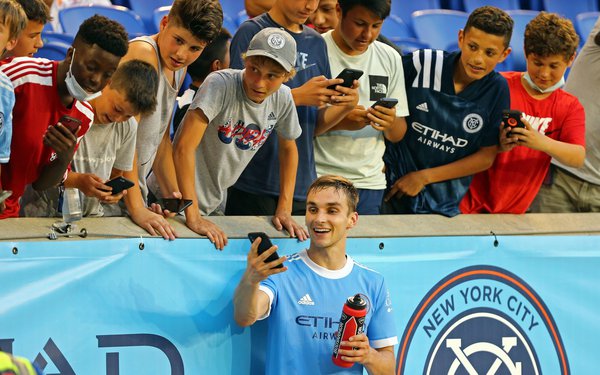 Sands had played in the hybrid role with NYCFC so he had a certain comfort level.

"Obviously playing against Canada in a competitive game, it's a little bit different," he said in a media call with the national press on Tuesday. "And I think one of the things I found challenging about the game was just trying to manage, how much I'm running, getting between each position. I started to get a little fatigued in the second half, and that's something I'll have to learn for the future in the games coming up. But I had a lot of fun doing it and I think playing in both spots really showcases the best of my abilities. I'm happy that Greg and the coaches were able to trust me with that role because it is a big role and I'm happy it turned out well and we were able to win."

The USA will enter World Cup 2022 qualifying in September with questions about its depth at both center back and the No. 6 defensive midfield position. Sands said he came into the Gold Cup looking for experience and the opportunity to show what he could do.

"In the end, that's the coach's decision -- who's the first center back, who's the first six, who's the second center back and so on," he said. "I'm not the one who decides that, but I think if I keep putting in strong performances, I can certainly make a good case for myself."

Sands' versatility works in his favor.

"Certainly in a back three, I think my kind of style is unique in that I can do that role pretty well," he said. "I can play as a lone six pretty well. And with New York, I've started playing as a center back when we're in a back four. I think that versatility really helps me make a case for getting on rosters for future tournaments." 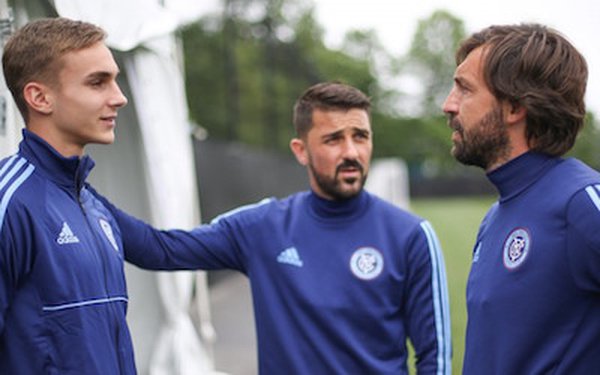 Sands played for the USA at the 2017 Under-17 World Cup and broke into the NYCFC starting lineup in 2019, but he has been bitten by injuries -- a broken collarbone in 2019 and right foot fracture in 2020. The latter injury prevented a U.S. call-up late in the year.

"I had a lot of kind of nasty injuries that I had to deal with," he said. "It was frustrating, but it never really rattled me too much. I always thought I'm on a good path, I've got good people around me, good coaches. My family is always supportive. I always felt if I stayed the course, my chance would come eventually. And when that chance came, I would have to take it. And I think that's what I've done at this tournament."

men's national team
4 comments about "USMNT: James Sands makes the most of his opportunity in big role".
Read more comments >
Next story loading