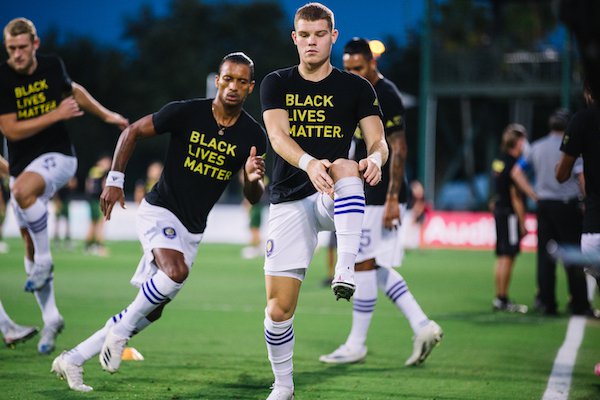 Orlando City forward Chris Mueller has signed a pre-contract to join Scottish club Hibernian as a free agent in January 2022.

The 24-year-old Mueller, who earned his first two U.S. caps in the last year, has 20 goals and 22 assists in four seasons with the Lions, who drafted him out of the University of Wisconsin.

His contract will expire in December, making him eligible to sign a pre-contract.

"He’s an exceptional player with a knack for goal," said Hibs executive chairman Ron Gordon.  "This signing speaks to our commitment to build and improve on last season. I know he will be an exciting addition to our very strong squad. I am confident he will become a fans' favorite.  Most importantly, I’m delighted that Chris saw Hibs as the right club for him and the next step in his blossoming career."

Based in Edinburgh, Hibernian finished third in the 2020-21 Premiership behind Rangers and Celtic. It won its first game in the UEFA Europa Conference League on Thursday with a 3-0 win over Andorra's FC Santa Coloma.