Olympics: Vlatko Andonovski on how USWNT faces must-win game after not playing like team he'd known for years 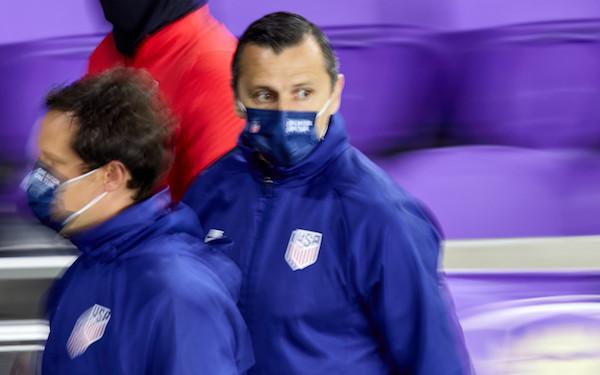 The U.S. women's national team has had little time to sit and try to digest its stunning 3-0 loss to Sweden to open Olympic game on Wednesday.

The Olympic express is ready to leave the station.

Next stop: Saitama, 25 miles north of Tokyo, on Saturday night (Saturday morning in the U.S.) for USA-New Zealand at Saitama Stadium, home of the Urawa Red Diamonds.

Suddenly, a must-win game for the USA, says its coach, Vlatko Andonovski, who admitted on a media call on Friday afternoon from Tokyo that he did not recognize the team that was torn apart by the Swedes for its worst defeat in a competitive match in almost 14 years.

"There were moments of the game where the team just didn't look like the team that that I've known for years, even before I coached," he said. "I think that we all understand that. And we know that we don't have much time to think about it. We're already in the game mode, we already had our game plan prepared. And we were preparing for the game tomorrow. As bad as that last game was, we don't have too much time to think about it. We have to turn our focus on the next game and we have to win the game."

'It's a wake-up call.' Andonovski said the best way to deal with a bad loss is to play another game right away, acknowledging the U.S. camp was not a happy place to be after the Sweden game.

"We win the game and don't play well and nobody's happy," he said, "but we lose the game and don't play well ... it's not an environment that you want to be in, but everybody understands that. It's a wake-up call and we have opportunities ahead of us to make it right. And we're all anxious to get back in the game. That's playing the next game as soon as possible and hopefully we can bounce back and showcase the best version of ourselves."

Andonovski singled out the USA's failure to hold on to the ball as the reason it found itself under siege from the Swedes, who created about a dozen dangereux chances for themselves.

"We needed patience or we needed just an extra pass to allow our team after we won the ball to set up the structure to begin with," he said. "It happened so many times that we win the ball and within two passes we lose it and we're still all over the place. We're still trying to figure out who needs to be where, and then they transition on us."

Andonovski said the halftime substitution of Julie Ertz for Sam Mewis on Wednesday was intended to try to bring some order to the midfield. The game was the first Ertz had played for the USA since April after suffering a knee injury in an NWSL game. Andonovski said she was restricted to a 45-minute appearance. He added that no such restrictions are in place for the New Zealand, which suggests she will start. 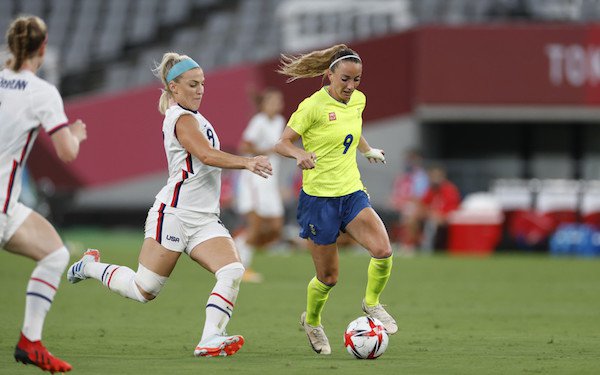 The U.S. staff got its first chance to look at New Zealand in 16 months in its 2-1 defeat to Australia in Wednesday's nightcap at the Tokyo Stadium.

The Football Ferns, coached by former U.S. national team coach Tom Sermanni, had not played a game since the start of the pandemic due to tight Covid restrictions in New Zealand. Only five outfield players had played club soccer in the past two months -- three in the NWSL and two in Scandinavia.

The New Zealand goalscorer against Australia was Indiana University rising sophomore Gabi Rennie, who had not played a soccer game since the Hoosiers were knocked out of the Big Ten Tournament on April 3.

"They're going to be very, very structured, very organized, and they change what they're doing within the game," said Andonovski. "Sometimes we saw that in the last game, they step up and pressure high, sometimes they defend middle block in a 5-4-1 and sometimes they'll drop even a lower and play low block. So for us to recognize all those moments and position to be able to solve those challenges will be crucial."

'We cannot forget about Game 3.' The New Zealand game will be followed by the final group match against Australia less than 72 hours later at the Miyagi Stadium in Rifu.

A win over New Zealand will likely be enough to get the USA into the quarterfinals -- the top two teams in each of the three groups and two of the top three-third-place teams advance -- but the Sweden defeat -- and the minus-3 goal difference -- eliminated any wiggle room.

"We are going in with a mindset that we have to win Game 2," Andonovski added, "but we cannot forget about Game 3. We have to be ready to have a fresh or as fresh as possible lineup and be physically ready to play the game and do well in that one as well."

There's no stopping the Olympic express.