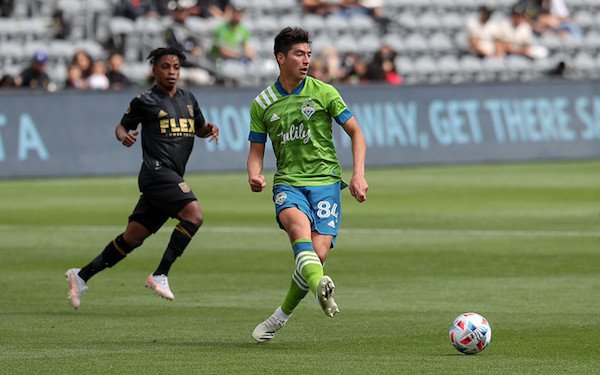 Normally it would not be surprising to see the Seattle Sounders atop the Western Conference table with August approaching. Historically, the Sounders have been among the best teams in MLS since their arrival in 2009. But when you consider that this season, the team has been without Jordan Morris, Nicholas Lodeiro  for all but a brief cameo, and Stefan Frei  since May, it is rather remarkable that the team leads the West and is in the running for the Supporters Shield.

What that does is speak to the organizations culture of winning that stems from the first team under head coach Brian Schmetzer to the front office led by general manager Garth Lagerwey, and all the way through the USL reserve team, the Tacoma Defiance, and into the academy.

Josh Atencio, 19, has had been part of the organization since 2016 when he was 14 and has had the Sounders culture instilled in him during the most important years of his development. Now the Seattle native finds himself on the first team and helping to keep its winning ways despite the loss of several key players.

“It's a combination of guys that are willing to step up when they're given the opportunity and just the winning mentality that the club has had for so long now,” Atencio told Soccer America. “When you're going through the academy, they teach the kids that you have you have to win every game that you step into, every time you have an opportunity and a game and practice, anything -- you're trying to win as much as possible. That mentality starts in us when we're young and it definitely translates up through every factor in the club. Every guy in that locker room wants to win every single game. It shows in the results.”

During his time in the organization, Atencio has developed into a versatile player who primarily plays in his preferred defensive midfield role but also has had plenty of appearances in central defense. 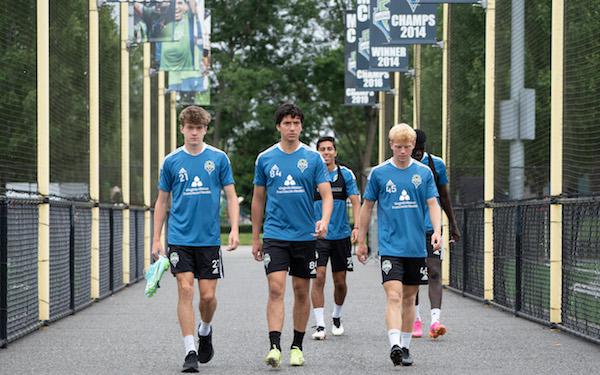 Thus far in the 2021 season, Atencio has made seven appearances for the Sounders. He has been a regular player when healthy but missed several games due to strained quadriceps. He returned at the end of June and has played in the team’s last six games -- having made five starts on the season.

Seattle began the season without a loss in its first 13 games but suffered its first defeat over last weekend in a 1-0 loss to Minnesota. That loss saw its lead atop the West reduced to two points but the Sounders returned to the field Thursday night and made league history in its 1-0 win at Austin FC by starting five teenagers, including Atencio. For him, it has been especially meaningful to contribute for his hometown club, and as a player who completed the club’s developmental pathway.

“It's been great for me, growing up in Seattle and I get to play in front of a packed stadium now with a bunch of my peers and family watching.” Atencio said. “We have a great fan base and it's been a great experience to be able to play in front of them.”

“I think the pathway is dialed in and honestly, the transition from the academy to the Defiance to the first team to being a contributor on the first team is about as good as possible and prepares the players about as best as they could possibly be prepared to help the team win games. Back to the winning mentality and everything, everything from the top down in the club is super similar. We're taught similar things that we're taught in first team training. We're taught those things from when we're 14 years old. We have a lot of time and opportunities to use what we've learned at different levels.”

While Seattle has been the driving force in Atencio’s development, it began at home as he grew up in a soccer family where most of his family played at a high level -- often into college. His uncle, Matt Atencio, played semi-professionally in Europe and is now a college professor at Cal State East Bay.

The elder Atencio admitted that competition in inter-family games was often intense and may have helped Josh achieve the success he currently enjoys.

“Josh comes from a family of soccer players and passionate supporters,” Matt Atencio said. “We would always play together and with his pals. We've been doing it since he was a kid. We could start to see in his early days his movement, his passing, his quality -- you could see it. I remember telling his mom, the kid could play. He has something about him that stands out, that was after we played family pick up games together.” 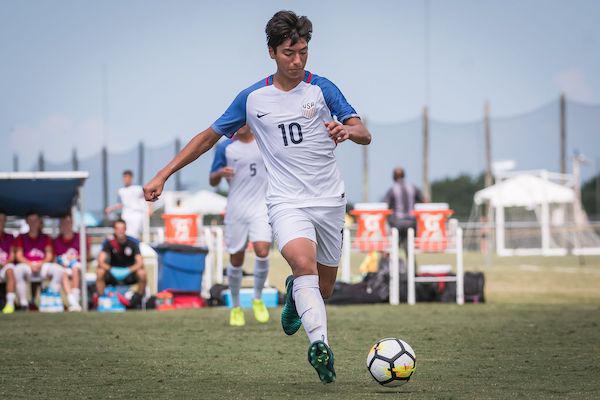 Josh Atencio played on the U.S. U-15 national team that finished runner-up to Mexico in the 2017 Concacaf U-15 Championship with teammates including Gio Reyna, Gianluca Busio and George Bello.

Atencio has a lot on his plate right now. The Sounders stretch run will be demanding and there is pressure to ensure that the team remain in contention for another MLS Cup run. Also, like many American players of his generation, he hopes to make the move abroad and has attended youth national team camps previously with Gianluca Busio and Tanner Tessmann -- both of whom are set to begin their first seasons in Europe.

While 2020 was a difficult year for most people, it was especially hard on Atencio and players of his birth year. Atencio was expected to be in contention for a spot on the U.S. U-20 team but the U-20 World Cup was canceled on Christmas Eve and it left many without the opportunity to play on a key international platform.

After not making the U.S. U-17 team, the U-20 team was expected to be a huge opportunity. With that gone, Atencio is focused on Seattle but will be eligible for the next U-23 team ahead of the 2024 Olympics in three years.

“The cancellation of the U-20 World Cup was the first time through Covid that I actually like sat back and was like, wow, this sucks,” Atencio said. “I haven't been part of the youth national team scene for a couple of years now, but I was fortunate enough to be able to rep the badge more than a couple of times when I was younger. To be wearing the red, white and blue when the national anthem is playing and, you're representing the country and you're getting experience playing against other nations who have different nuances to the game. It's amazing. It really is."