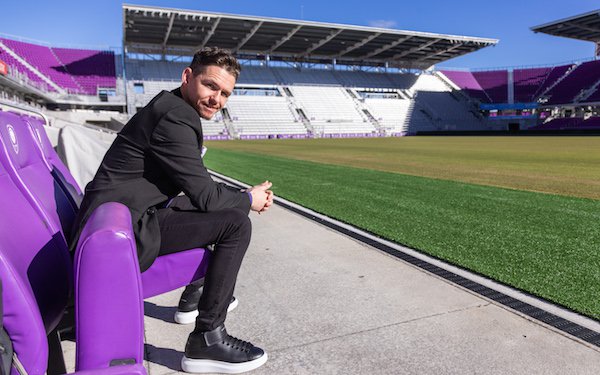 Marc Skinner has stepped down as the Orlando Pride head coach.

Skinner, 38, has been linked with the women's managerial position left vacant at Manchester United by the departure of Casey Stoney, who will coach the NWSL expansion team in San Diego beginning in 2022.

Assistant coach Carl Green will also leave, but he will coach the Pride on Saturday against OL Reign. An interim coach will be announced soon, according to the Pride.

Skinner had a 9-23-11 record in all competitions during his two and a half years with Orlando. The Pride was last in the NWSL in 2019 with a 4-16-4 record. It was unable play in the 2020 NWSL Challenge Cup because of Covid-19 issues. It began play on Thursday with a 4-3-4 record, in a three-way tie for fourth place.

“I am immensely proud to have been the head coach of Orlando Pride,” said Skinner. “I want to thank the players, staff, and club for all of their efforts in creating a culture worthy of this city and state. To the fans, I thank you for being patient whilst we grew together."

He previous managed the Birmingham City women's team in his native England. Almost all the NWSL head coaches in recent years have been Englishmen.

Mark Parsons, 34, will leave the Portland Thorns after the 2021 season to become the coach of the Dutch women's national team for its European Championship title defense in 2022.