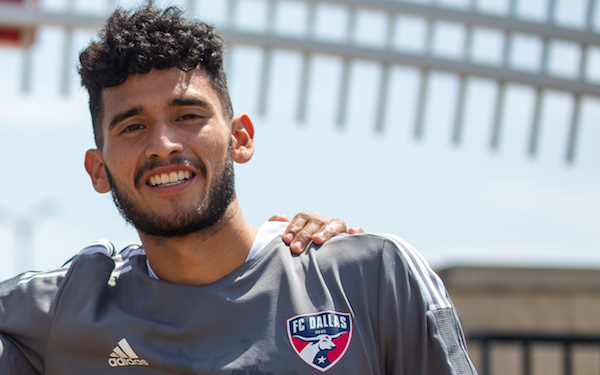 Ricardo Pepi, 18, became the youngest player in MLS history to score a hat trick when he scored three goals in the space of 23 minutes to lead FC Dallas to a 4-0 win over the LA Galaxy.

Since being inserted in the starting lineup two months ago, the El Paso product has scored seven goals in eight games to give him a team-high eight goals in 2021.

Pepi has usually been starting on the right side of the attack but was moved into the center forward role, his natural position, in place of Argentine DP Franco Jara for the Galaxy game.

"I was happy to start at the nine again," he said. "I feel like that is my strong position. I was happy I had different players on the field, I had all my team supporting me, so I was very excited to go out and play."

The win was just the third in 15 games for FC Dallas, but it moved out of the basement, climbing three spots, from 13th to 10th place in the Western Conference.

"The most important thing is that the team knew that we had to win," Pepi said. "I wasn’t really expecting to score a hat trick, I had the opportunities and I put them away. The team wanted to win, I wanted to win so I think that was important."

Pepi said his hat trick was for his late grandfather.

"A year ago today, my grandpa passed away," he said, "so it was for him, this night was for him. It was a very special night, I knew I was going to do this. It was for him, all three goals were dedicated to him."

Pepi's grandfather encouraged him to leave El Paso and join the FC Dallas academy in Frisco when he was 13 because he believed he had the work ethic to succeed. Pepi's parents and brother and sister later moved to the Dallas area to be with him.

"His name was the same name as me, I’m the second," said Pepi after Saturday's win. "He was down there in El Paso, and my grandma is back home by herself, so it’s for him."