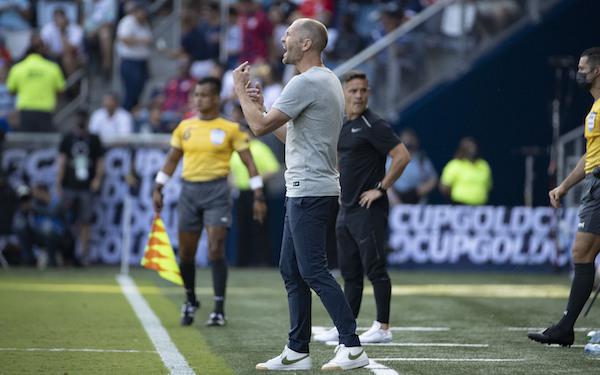 The group stage of the Gold Cup was a mixed bag for the USA.

It won all three games, but it did not play well except for in the 6-1 demolition of Martinique, which brought to this year's tournament -- after dealing with a lot of Covid-19 hardships -- a team that might be described as a very good over-30 team.

The USA also beat Haiti and Canada by 1-0 scores but struggled in both games, especially after taking a quick lead against the Canadians.

The USA swept its Gold Cup group for a record 11th time and won its group for the 15th time in 16 tournaments, also a tournament record. It also finished with a goal difference of 8-1, the best of the 16 teams at the Gold Cup.

"Having the best goal difference in the group stage is impressive for this young team," U.S. coach Gregg Berhalter said on a media call to discuss Sunday's quarterfinal against Jamaica in Arlington, Texas.

The squad he brought to the Gold Cup included five players who have made their first senior starts in the tournament and only four holdovers from the Concacaf Nations League championship team.

"These are young players," Berhalter said. "Our entire player pool is young. And we're trying to get them experience."

Paul Arriola was injured against Haiti, depriving the USA of its second most experienced field player after Gyasi Zardes. It will be a game-day decision whether Arriola plays against Jamaica on Sunday. But Arriola's injury has left Berhalter scrambling to try out young players like Nicholas Gioacchini, who turned 21 on Sunday, and Matthew Hoppe, 20, in new positions.

"We don't have wingers on this team," Berhalter said. That's a sharp contrast to the team at the Nations League that went four-deep on the wings with Christian Pulisic, Gio Reyna (who suffered a thigh injury on Saturday before Borussia Dortmund's preseason game against Athletic Bilbao), Brenden Aaronson and Tim Weah.

With injuries have come opportunities for other players, though. Reggie Cannon, who started at the 2019 Gold Cup, was also injured at the start of the tournament, but Shaq Moore has stepped in on the right side of the defense and made a strong case for being called for World Cup 2022 qualifying in September. Miles Robinson and James Sands were bright spots in the back against Canada. 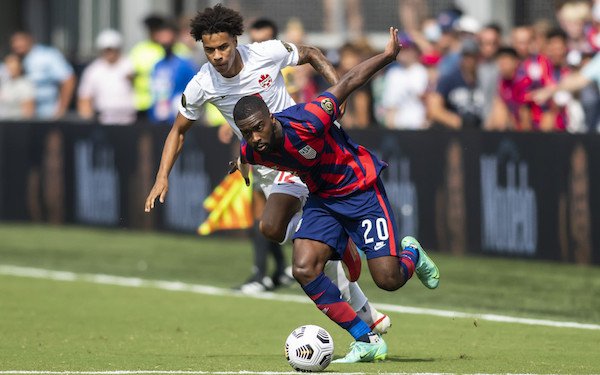 Berhalter took exception to the notion that the USA's Gold Cup team is a "JV" team.

"We look at it that we have one player pool we are preparing for World Cup qualifying," he said. "And you only have a certain amount of games to do so. With the Nations League, we had two games and here we have the potential for six games. We were able to add two friendlies on the front and back end of the Nations League to make that four games. In total, we had 10 games to prepare this player pool for World Cup qualifying. This is the route we chose."

To get to 10 games, the USA will have to beat Jamaica and then Qatar Thursday in the semifinals in Austin. It has never lost a quarterfinal match. Its lone exit in the final eight came at the 2000 Gold Cup at Miami's Orange Bowl, where it lost to Colombia in a shootout. It twice led before allowing an 81st-minute equalizer and then missed four of five penalty kicks.

Berhalter, whose lone Gold Cup appearance for the USA as a player came in the opening game of the 1998 tournament, a 3-0 win over Cuba in Oakland, says games like the quarterfinal match with Jamaica are what his young players need.

"I can tell you about Jamaica that it is going to be a physical team," he said. "They are going to be up for the game. They have a skillful team, a good group of players. Basically, it's as good as it gets for Jamaica right now. It's going to be tough test."