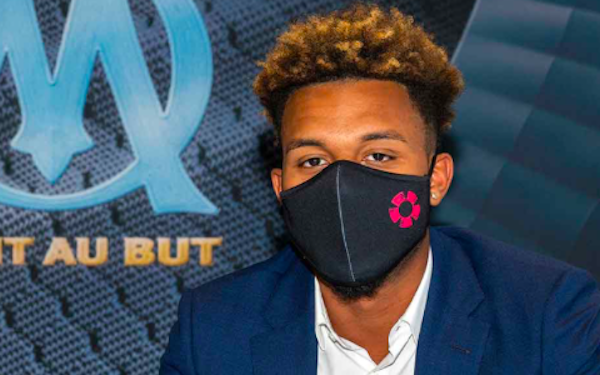 Little by little, fans are starting to return in France.

One of the most popular teams in France is Marseille, which drew 7,500 fans for Wednesday's friendly against St. Etienne in Gueugnon.

Fifth in Ligue 1 in 2020-21, Marseille has been one of the most aggressive teams in a depressed transfer market with a host of new recruits:

The OM newcomers have been praised for their preseason work, mostly notably Konrad, who was the player of the match in the 2-1 win over St. Etienne with the opening goal in the second minute.

L'Equipe compared the 20-year-old American to French international Kingsley Coman for his dribbling moves and ability to take on defenders, but it also praised him for his work to combine with other OM attackers.

You’ve probably already seen this highlight, but it is worth seeing again.

Konrad making an impression at Marseille.


The only other American in Ligue 1 is Tim Weah, who plays for Lille. It's been a rather quite preseason for Les Dogues, now coached by Jocelyn Gourvennec following  Christophe Galtier's departure for Nice. Lille is scheduled to travel to Tel Aviv this weekend for the Trophée des Champions -- the French super cup -- against Paris St. Germain.

Nicholas Gioacchini, who is with the USA at the Gold Cup, plays for Ligue 2 Caen.