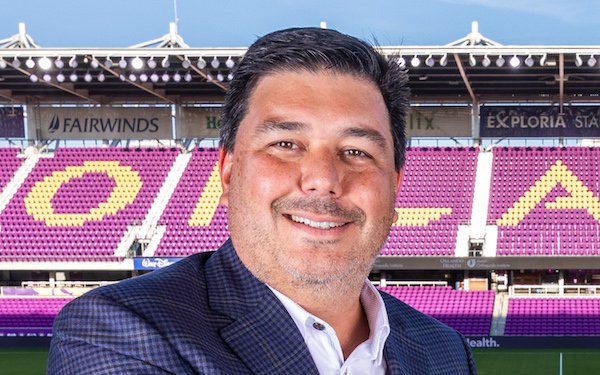 Brazilian Alex Leitao has resigned from his position as Orlando City's CEO, a position he has held since the club joined MLS is 2015.

Leitao's background is in sports marketing. He headed up Octagon Latin America before meeting Flavio and working on the Orlando expansion bid.

Leitao led both the business and soccer departments at Orlando City and oversaw the move from the Florida Citrus Bowl, where the Lions started out in the USL in 2011, to Exploria Stadium in downtown Orlando and the launch of the NWSL's Orlando Pride.

Exploria Stadium was the host of the 2019 MLS All-Star Game and final stages of the 2020 Concacaf Nations League. The Orlando area served as the venue for the MLS is Back Tournament last summer.