Gold Cup: Qatar offers USA soccer blueprint, on the field and off 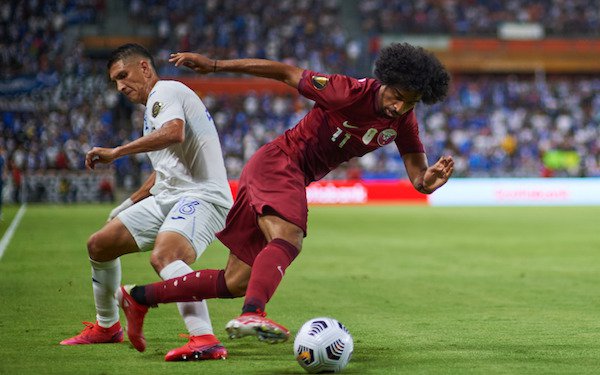 Qatar, the USA's foe in Thursday's semifinals in Austin, isn't the first guest team to play at the Gold Cup.

In the tournament's early days, Concacaf often filled out the field with teams from around the world.

Brazil finished second in 1996 and 2003 and Colombia took second in 2000 behind Canada, the only team other than the USA or Mexico to win the Gold Cup, now in its 16th edition.

Ahead of the 2002 World Cup, South Korea traveled to California for the 2002 Gold Cup, where it took fourth place, its same finish at the tournament it co-hosted with Japan.

The 2022 Gold Cup opened with a matchup between the USA and South Korea, which would meet in Daegu five months later at the World Cup. The USA won that Gold Cup opener, 2-1, in a match that featured 12 starters -- eight Koreans plus Frankie Hejduk, Jeff Agoos, Brian McBride and Landon Donovan for the USA -- who would start when the USA and South Korea played to a 1-1 in their second match at the World Cup.

Qatar, the second prospective World Cup host to enter the Gold Cup, has reached the semifinals thanks to an impressive set of results that included a 3-3 tie with Panama, 2-0 win over Honduras and 3-2 win over El Salvador, all entered in the Octagonal, which begins in September.

As World Cup 2022 host, Qatar doesn't take part in qualifying, so it has been scrambling to find meaningful games. It also entered the 2019 Copa America and fills in as the sixth team -- results don't count -- in UEFA's Group A, playing a 10-game schedule over the four World Cup qualifying windows. It used to be teams could easily find friendly games, not so any more. World Cup hosts used to organize the Confederations Cup as their dress rehearsal -- that's been scrapped. The USA, Canada and Mexico will face the same challenges ahead of the 2026 finals.

“How do you get those competitive games? And that’s what I’ve been impressed with the most, them participating in tournaments like this,” said U.S. coach Gregg Berhalter on his media call on Wednesday. “It’s not the first time. We had South Korea play in the Gold Cup before the 2002 World Cup. So it’s something that can be done, and perhaps it’s a question to ask the U.S. Soccer Federation, if they’re preparing to enter the U.S. men’s team in tournaments like that.”

One of Aspire's advisers is Bora Milutinovic, the former U.S. national team coach who gave Berhalter his first cap in 1994 and is in Austin for Thursday's game. Aspire's outreach effort spilled over into the political arena, putting pressure put on FIFA executives around the world that led to Qatar's upset victory over the USA in the World Cup 2022 bidding contest decided in late 2010.

Aspire's development program is largely responsible for the sudden rise of Qatar's national team, which has never played in the World Cup and never advanced further than the quarterfinals of the Asian Cup until it swept all seven games with a goal margin of 19-1 and won the 2019 championship.

Qatar's population in 2000 was less than 600,000. Now it is approaching 3 million, almost double what it was when Qatar was awarded the World Cup hosting rights in 2010. Many of the Qatari players weren't born in Qatar or were born in Qatar to immigrant parents. Its starting lineup includes players born in France and Portugal and across the Middle East and Africa, but almost all the players were raised in Qatar. Two teams, Al-Sadd and Al-Duhail, contributed 19 of the 23 players on Qatar's Gold Cup roster. 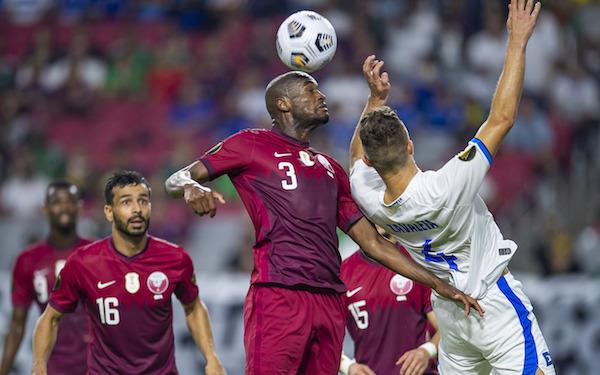 “Having had an inside look on what they do," said Berhalter, "they almost operate like a club team. The guys come to Aspire to do regen every week, so after their club team games, then they all meet up together and do regeneration at the facility there. They get to spend time with each other, look at the games, analyze them. It’s a really unique model, and I’m excited to see how they play in the World Cup, because they really have a blueprint for how to prepare.”

Qatar's attack, led by 2019 Asian Player of the Year Akram Afif, Sudanese-born Al Moez Ali and Hassan Al Haydos, will give the young U.S. defense its toughest test of the Gold Cup.

"They've been scoring goals," said Berhalter. "They've also been conceding goals. They have an exciting game model. It's heavily based on offensive transition. They haven't had the majority possession in three of their four games. But they're deadly on the counterattack, they have creative players."