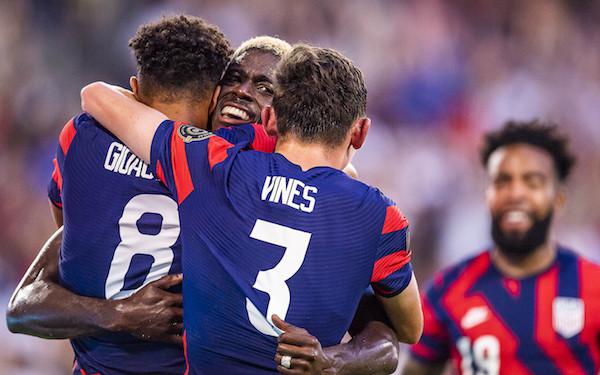 The USA is through to the Gold Cup final.

The USA beat Qatar, 1-0, to move into the championship game for the seventh time in the last eight tournaments.

As badly as it was outplayed in the first half, there was an air of inevitability to the USA's win in Austin.

Qatar dominated the first half and was unlucky not to score, facing a hot keeper in Matt Turner, but it began to fade in the second half even before Hassan Al Haydos missed his penalty kick in the 61st minute.

The Asian champions have certainly left an impression at the Gold Cup, but they showed their vulnerabilities through the tournament, blowing three leads in their opening game against Panama before having to settle for a 3-3 tie. They created plenty of opportunities in transition in the first parts of matches, but they faded later.

That was certainly evident in the quarterfinals against El Salvador and proved to be Qatar's downfall against the USA, most of whose players are in mid-(MLS) season form. The only thing different between El Salvador and the USA is the USA had not dug itself a three-goal hole.

Gyasi Zardes, who scored the winning goal, could see the fatigue in the Qatari defenders when he came on the 63rd minute as part of a triple substitution.

"I looked over at a couple of their defenders," he said in his post-game media call, "and when I saw him huffing and puffing after I ran the channel once I was like, 'You know what? That's gonna motivate me to keep running and working hard, just so we can we can [win] this game and not go into overtime.'"

The USA has now played four knockout-round games in 2021 and won them all thanks to goals very late in the game:

In the Concacaf Nations League final, sub Ethan Horvath was the hero with the save in stoppage time on Mexican Andres Guardado's penalty kick.

And it shouldn't be forgotten that a counterattack involving four U.S. subs -- Sebastian Lletget, Jordan Siebatcheu, Tim Weah and Reggie Cannon -- put Pulisic free in the penalty area on the play that led to the penalty call.

“This is a resilient group,” said U.S. coach Gregg Berhalter said, “and for us to battle back like that and get the win shows a lot about the character of this team.”