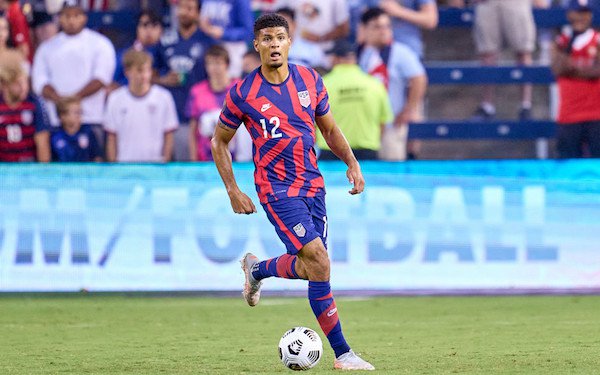 Who will Gregg Berhalter take from the USA's 2021 Gold Cup championship team -- savor those words for a second -- and who will he bring in from Europe when World Cup 2022 qualifying begins in September?

It's right around the corner with camp opening in four weeks.

That was a question Bruce Arena faced in 2017 after the USA won the Gold Cup in Santa Clara with a squad of players closer to being his first team than Berhalter had at the Gold Cup. Arena mixed in five European-based players with six starters from the Gold Cup final, and we know what happened against Costa Rica in the Hexagonal at Red Bull Arena.

What Arena faced in September 2017 when a win over Costa Rica would have cleared a path for relatively smooth sailing to Russia 2018 is different from Berhalter will face next month when the USA's road to Qatar begins with games against El Salvador, Canada and Honduras over seven days. None of these games on their own will be a must-win game, but anything less than, say, five or six points from the opening three games will be concerning.

After the last four weeks, a very strong case could be make to start Matt Turner in goal, and Sunday's hero, Miles Robinson, at center back, who had four caps between them before July, none in a competitive match.

After Sunday's win, Berhalter, the birthday boy, said he felt the quality was there to win the Gold Cup despite the absence of all but four players from the Concacaf Nations League roster and the tournament was a great opportunity to evaluate the players.

"I think I've been consistent saying that we wanted to win the Gold Cup," he said. "From Day 1, when we came in camp, that was our objective. That was the team's goal. And we thought we had enough quality in the squad to get it done. And it sometimes looks a little different and sometimes the shape changes and the personnel change, but we have guys that are committed to winning and take great pride when they step on the field to represent the country."

Kellyn Acosta was the one player who started in both wins over Mexico this summer -- the Nations League final in Denver and Gold Cup final in Las Vegas -- and it will be hard to take him out of the lineup. (He might not supplant Tyler Adams at the No. 6 but he will be needed to step in because there is no way, even if healthy, Adams will be asked to start three qualifiers in seven days in September.)

Berhalter has always insisted he doesn't have two separate teams -- an "A" team and a "B" team -- just one big player pool. And it definitely grew bigger as the Gold Cup progressed.

Probably his boldest move was the replace his starters at both right back and left back for the final -- Reggie Cannon for Shaq Moore and George Bello for Sam Vines. And they did fine. All four of them.

Mexico's threat against the USA has almost always been with its ability to cause problems on the wing, creating chances off dribbles into the penalty area or drawing free kicks or penalty kicks, but they were limited in the Gold Cup final. (It didn't help El Tri that Chucky Lozano was hurt in the opener and missed the rest of the tournament and Diego Lainez is with Mexico's Olympic team in the semifinals in Japan.)

As it turned, Berhalter gave his four outside backs about 60 minutes each in the final -- a luxury made possible because of FIFA's pandemic-related decision to increase the number of subs from three to five in a competitive match (and four to six in a match with overtime).

Berhalter's master move was to go deep to his bench this summer and find winning combinations in each of the five knockout games.

The USA took its late show to Denver for the Nations League final, then to Texas for the Gold Cup quarterfinals and semifinals and finally on to Las Vegas for the final. None of the wins came on goals earlier than the 84th minute. Robinson's winning goal came in the 117th minute, the latest of the winning goals in the five knockout games.

"We think we have good depth and we think we can strategically use our substitutes to make an impact in the game," said Berhalter. "When you look at today, Sam and Shaq came in and were maybe disappointed not to start, but I told them how important their role would be. They made a big impact. [Gianluca] Busio had an impact role. [Cristian] Roldan made a big impact. It was important to have guys who can support the team and then when they're on the field, do their jobs."

The fifth sub on the field for the winning goal -- a sixth, Henry Kessler, entered in the 121st minute -- was Nicholas Gioacchini, who assisted on Gyasi Zardes' late winner against Qatar and was fouled on the play that led to the free kick from which Robinson connected for the winner.

The USA had a big advantage at the Gold Cup, where its fitness with a team dominated by players in the middle of the MLS season was superior than that of any team it faced except Canada's. It won't have that same advantage in World Cup qualifying, but will be about going 16 deep in each game and throwing out 20-25 players in the course of a three-day window. (Berhalter played 19 of 20 field players in two games at the Nations League final four and 17 of 20 in the Gold Cup semifinals and final.)

Berhalter said his message has been: "Next man up!" And he's been able to get buy-in from his players ready to contribute off the bench (or accepting that they will be subbed off).

That will be important on the road to Qatar and made possible, of course, when the USA wins two finals in eight weeks, both overtime wins over Mexico.