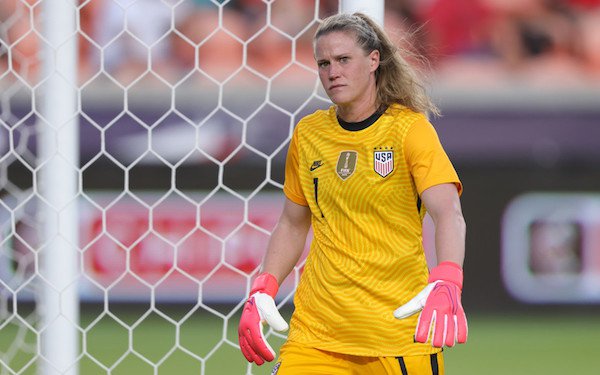 U.S. goalkeeper Alyssa Naeher will miss Thursday's bronze-medal game between the USA and Australia after suffering a hyper-extension of her right knee and bone contusion that forced her to exit Monday's semifinal against Canada in the 30th minute.

Naeher, the hero of the USA's quarterfinal victory over the Netherlands, suffered the injury when she landed awkwardly while contesting a cross in the first half. She tried to stay in the game but later signaled to be subbed off after taking a goal kick.

An MRI following the game showed no ligament damage. She will likely be sidelined for several weeks.

The semifinal's only goal came in the 75th minute when Jessie Fleming scored on a penalty kick past Adrianna Franch, who replaced Naeher.

Naeher's save on Lieke Martens' penalty kick kept the USA-Netherlands score tied at 2-2. The USA then won the shootout when Naeher stopped two Dutch shooters.

“I’m disappointed I won’t be able to be on the field Thursday with my teammates competing for a medal, but I know this group will bounce back from a tough loss,” said Naeher in a statement. “I can’t wait to watch them fight for a bronze medal and I will be here to support the team in any way I can to help us get it done.”