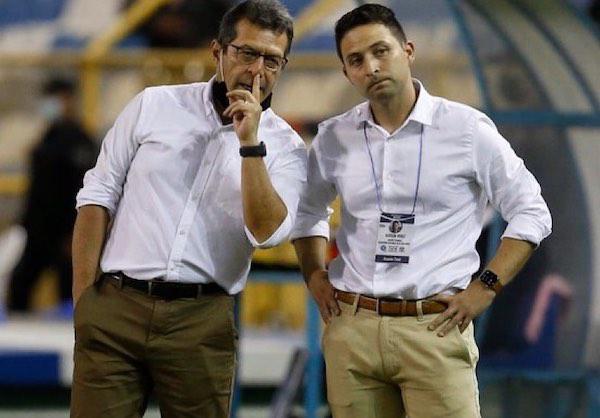 The Salvadoran federation hired U.S. Hall of Famer Hugo Perez last January as El Salvador's U-23 head coach for the Olympic qualifying tournament in March. And to propel El Salvador's 2026 Project, a quest to end the Central American nation's World Cup qualifying drought that started after its 1982 appearance at the Spain-hosted World Cup. Progress under Perez, whose son Gerson serves as an assistant, now has El Salvador in contention to qualify for the 2022 World Cup.

The Salvadorans came up short in Olympic qualifying but impressed -- a 1-1-1 group stage record that included a tie with eventual qualifier Honduras -- and Hugo Perez was promoted to head coach of the full national team.

Its first opponent in the final round of qualifying, the Octagonal: the USA on Sept. 2.

With a rich soccer culture and a population of nearly 6.5 million, El Salvador has underachieved in the Concacaf region since its 1982 World Cup appearance while smaller nations such as Costa Rica, Jamaica, Trinidad & Tobago and Panama have booked tickets to the World Cup. In 2010, FIFA briefly suspended the Salvadoran soccer federation (FESFUT) because of government interference. Its national team program hit rock bottom in 2013 when 14 players were handed lifetime bans in a match-fixing scandal. Its 2018 World Cup qualifying quest ended before the final round.

"Everything is so much more positive now," says Gerson Perez. "The initial plan was to build up to 2026, but the Gold Cup performance has shifted expectations."

In the recently completed Gold Cup, El Salvador opened with 2-0 wins over Guatemala and Trinidad & Tobago before playing well in a 1-0 loss to Mexico -- "A defeat flavored with jogo bonito," read the headline in VOZ -- and falling, 3-2, to Qatar in the quarterfinals. Mexico's goal was only the second El Salvador conceded nine games with Hugo Perez at the helm. He had replaced Mexican Carlos de Los Cobos after El Salvador tied Montserrat in World Cup qualifying. With big wins over the U.S. Virgin Islands and Antigua & Barbuda, El Salvador reached the Octagonal, from which three teams qualify and the fourth-place team heads to the intercontinental playoffs.

Hugo Perez is El Salvador's 10th head coach since 2010 and seven of his predecessors have been foreign coaches -- from Mexico (two), Colombia, Honduras, Spain, Peru and Uruguay. Perez is not only familiar with Salvadoran soccer -- he finished his playing career with C.D. FAS in 1994-96, winning two titles and had previous stints as El Salvador assistant coach -- but is also tuned into El Salvador-eligible talent in the USA. The Gold Cup team included six players raised in the USA. 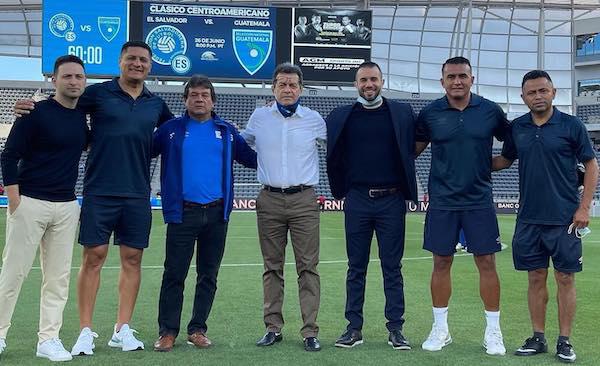 Although USA-raised dual nationals had represented El Salvador before -- for example, California Carlos Menjívar Jr. earned 16 caps in 2002-2007 and Texan-raised Arturo Álvarez 46 in 2009-2018 -- it hadn't taken full advantage of the talent among the USA's 2.4 million population of Salvadoran origin.

"We look at who's coming out of the academies," says Gerson Perez. "We look at who's in the USL. We especially pay attention to MLS academies in areas with a large Salvadoran population. Part of the 2026 Project is to double the player pool and make it ultra-competitive."

In addition to Gerson and Hugo Perez's connection to Salvadoran talent in the USA, Diego Henríquez, named FESFUT sporting director last October, attended the University of Tulsa on a soccer scholarship after playing for El Salvador's youth national teams, and attended graduate school at Penn.

Daniel Rios, an 18-year-old Texas native from the Houston Dynamo academy who last year signed an MLS Homegrown contract, debuted for El Salvador against Guatemala in June 26 friendly. After the Los Angeles metropolitan area, the largest Salvadoran communities are in Houston, the Washington, D.C. area, New York-New Jersey and the San Francisco Bay Area. Among the scores of players being tracked is 18-year-old Jeremy Garay, born in the USA to Salvadoran parents, who signed a Homegrown contract with D.C. United last month.

Thirty years ago, Hugo Perez starred for the USA when it won the first Gold Cup in 1991. Gerson Perez believes El Salvador's performance at the Gold Cup could mark a watershed moment for the Salvadoran national team. It's already attracted sponsors, and on the field provided a team-building success as the U.S. players merged into the team. Even if born and raised in the USA, Perez says they're not far removed culturally.

"Whether it's Pico Rivera or Montebello, they played with a lot with other Salvadoran kids growing up, they know what the passion is like," says Gerson Perez, who pointed out that the massive fan support the team got during Gold Cup also boosted the squad.

A crowd of 45,792 watched the El Salvador-Mexico game at the Cotton Bowl, with about 65% rooting for Los Cuzcatlecos.

"All we could hear is Salvadoran fans singing," he said. "A Mexican player told us that was the first time Mexican fans were out-cheered in the USA. We are so grateful for the support we got." 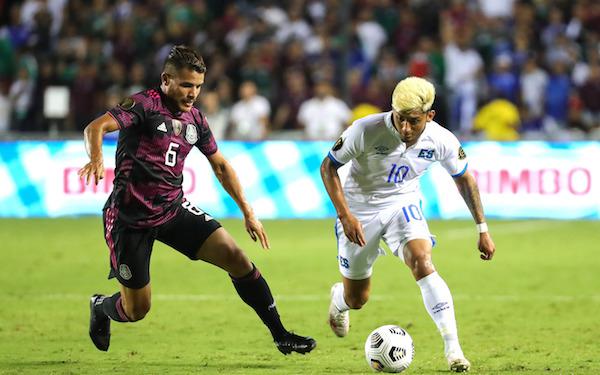 Hugo Perez played for the USA in the 1984 Olympics, 1994 World Cup and 1990 World Cup qualifying, during which he scored in a crucial 1-0 away win against El Salvador. In his post-playing career, Perez served the U.S. youth national team program for eight years and coached U.S. U-14 and U-15 national teams that included Christian Pulisic, Weston McKennie and Tyler Adams. He was let go by U.S. Soccer in 2014 and became a director and coach at Silicon Valley SA, where he joined Gerson.

Both are in the process of moving from California to El Salvador. In Gerson's case, with his wife, who is Mexican-American, and their two sons, ages 2 and 3. Gerson had lived in El Salvador for three years while Hugo was finishing his playing career. Hugo's playing career also brought the Perez family to France, Sweden and Saudi Arabia.

Before taking the El Salvador job, Hugo Perez worked as a scout for the Mexican federation in the United States, scouring the nation for young Mexican-American, and even running a Mexican youth national team camp in California. The Mexican federation's aggressive courting of U.S. talent dates back to the mid-2000s. That served as a wakeup call for U.S. Soccer and in some cases uncovered talent that ended up playing for the USA. Now El Salvador is fully engaged in scouting young U.S. talent,