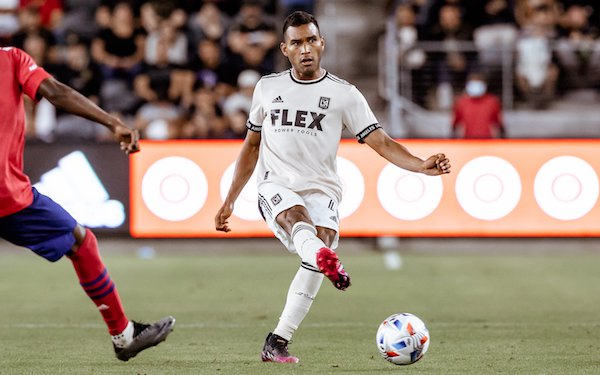 LAFC defender Eddie Segura is expected to miss the remainder of the 2021 MLS season after undergoing successful surgery to repair an ACL tear in his right knee on Monday.

The injury took place July 21 during a non-contact play on the artificial turf at Portland's Providence Park. Segura finished the match against the Timbers and played a half against Vancouver three days later.

Until he sat out last Wednesday's 2-2 tie with Minnesota United, the 24-year-old Colombian had played every game for LAFC since his arrival before the 2019 season.

LAFC has until Thursday, the close of the summer transfer window, to make a deal to replace Segura. It recently acquired 26-year-old Colombian striker Cristian Arango from Millonarios and sent midfielder Mark-Anthony Kaye and forward Corey Baird to Colorado and Houston in deals that netted $1.75 million in GAM.

LAFC has been playing five in the back in recent games. Jesus David Murillo (15 starts), Marco Farfan (12) and Tristan Blackmon (10) are available in the middle.