Has there ever been a coach like Ted Lasso? 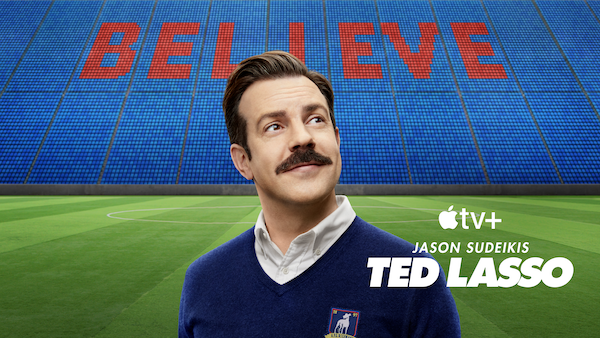 Devout soccer fans are right to be suspicious of Hollywood soccer productions. Most of these, the in-crowd knows, hardly focus on the game; instead they favor the rags to riches story arc and the related dramas that surface off the field. When the all-important match does arrive, you watch a haphazardly shot, unrealistic portrayal of a match where non soccer-playing actors play a disjointed, confusing series of plays that ends in a penalty or cringe-worthy bicycle kick.

Normally in a supporting role, the coach is often a powerful, temperamental gatekeeper who must be appeased, lest they lay the hammer down. In comedically oriented sports shows, the coaches are often old, morally inept, absurd caricatures.

"Ted Lasso," now in its second season streaming on Apple TV+, is decidedly different. Jason Sudeikis stars as a small-time American football coach who’s put in charge of AFC Richmond in the Premier League. Only one problem: Lasso doesn’t have a clue about soccer. The show’s production team clearly does, though; the show respects the sport enough to make the soccer scenes palatable — even entertaining. But the real reason the show is successful is because Coach Lasso powers it with an earnest, sentimental personality and a folksy American heartland attitude that subverts typical sport tropes and offer new possibilities to the sports dramedy genre.

Foreign to the country and an outsider to the sport, Lasso’s character rejects practically every sports coach stereotype. His compassion, empathy and comically honest communication with his players and staff leads to moments of surprise and humor for everyone, audience included. Already the odd man out, Lasso insists on trusting his own philosophy, much to the chagrin of his players who cast him off as a twat. He doubles down again and again, and with time, is taken seriously. 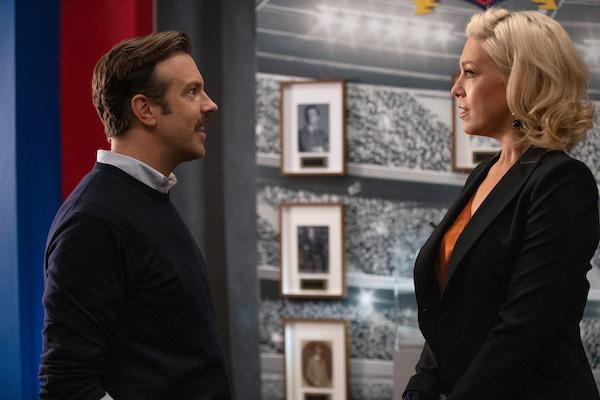 Perhaps it’s Lasso’s ignorance that is his greatest strength. He approaches every problem with sincerity and curiosity. Sometimes it works — he wins over Rebecca by the end of season 1, even though she hired him to purposefully tank the team — and sometimes it doesn’t. Lasso’s struggles with his wife suggest even Mr. Friendliness can’t fix everything with a positive attitude.

Lasso’s unconventional nature also rests on his atypical masculinity. Instead of the typical one-up-manship and ego-swinging that make up sports comedy, Ted Lasso is a gentleman — almost ego-less — when he wins or loses. Take the darts game in episode 8, for example: Lasso hides his skill from Rupert until they bet on the game, and instead of gloating upon victory, Lasso recounts a childhood memory of playing darts from his now passed father. His sincerity and care in all of his relationships contrast strongly with the macho athletes and power-hungry executives who appear on the show. 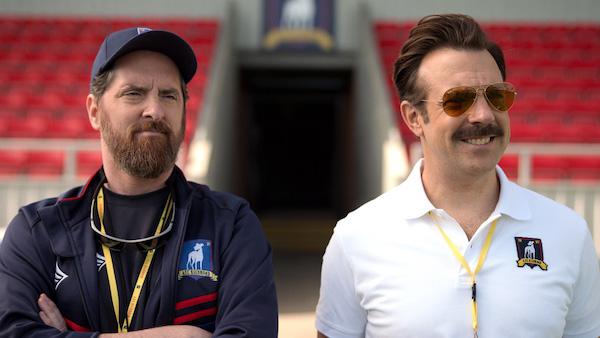 Win or lose, though, Lasso never changes his tune. Always calm, present and conscientious in the face of conflict, Lasso personifies another beloved fictional coach’s mantra of “clear eyes, full hearts, can’t lose” — but without the autocratic, machismo-infused nature of Coach Taylor of the Dillon Panthers football team from "Friday Night Lights."

At AFC Richmond, Lasso’s mindset and coaching philosophy is at first ridiculed, then scrutinized, and finally accepted. If you were like me, watching the show was a similar story: you started by laughing at Coach Lasso, and ended season 1 laughing with him. In a genre that often depends on irony for its laughs, the sincerity is emotionally refreshing. How Lasso cultivates relationships with his players provides an ambitious model for any coach as well. He is kind to his squad and prioritizes a positive team mindset over results; he creates a judgement free environment and supports his players more as an emotionally in-tune father than a cold, results-driven manager.

His authenticity gets him belittled at times, but he doesn’t fight back in a conventional sense; instead, he takes the high road by quoting Anne Lamott or Walt Whitman. His mission is on two levels, it seems: to convince the town of Richmond, and the show’s TV audience, that he is irresistible. The record-breaking 20 Emmy nominations suggest he succeeded in the second category — season 2 of Ted Lasso will determine whether he succeeds in the first.

television
5 comments about "Has there ever been a coach like Ted Lasso?".
Read more comments >
Next story loading