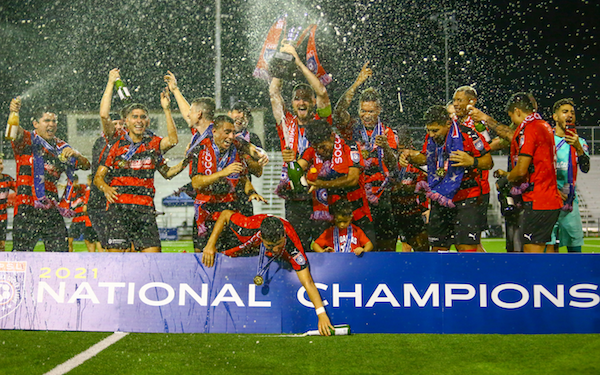 In just their second season in the NPSL, the Denton Diablos are national champions.

And they did it in resounding fashion thanks to a 5-2 win over Tulsa Athletic in Saturday's final at Denton High School.

The Diablos took a 2-0 lead after seven minutes on goals by Anthony Powell and Eoin Wearen. Two goals by Joe Garcia pulled Tulsa even after 25 minutes, then Trevor Amann took over.

The 23-year-old Midwestern State grad student put the Diablos ahead for good in the 39th minute and then scored two second-half goals to complete his hat trick and give him 10 goals in five playoff games. 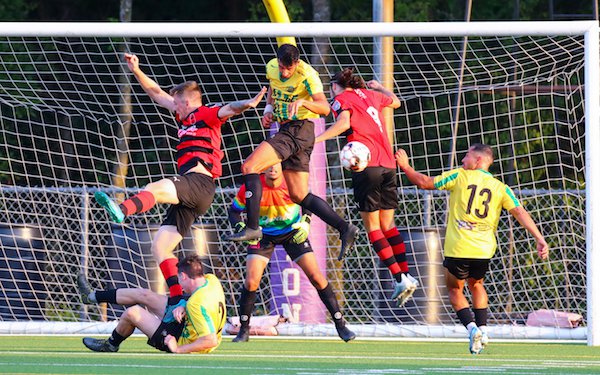 Denton's only loss of the season was to the Laredo Heat, but it avenged that defeat with a 3-1 win in the Lonestar Conference final. The victory moved the Diablos into the West regional final, where they beat FC Golden State, 4-2.