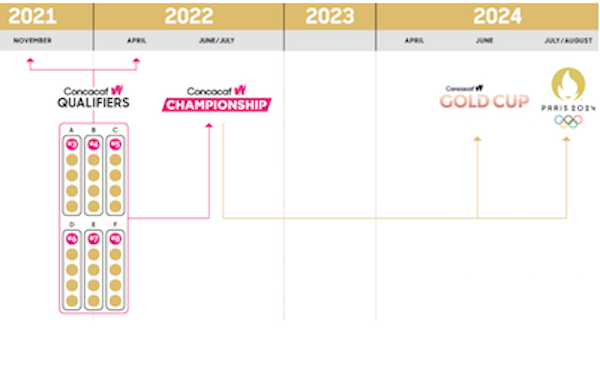 Like it did on the men's side with the creation of the Nations League, Concacaf is introducing two new competitions in a bid to spur regional growth on the women's side.

The W Championship (slated for next summer) and W Gold Cup (to debut in the summer of 2024) will feature qualifying components whose goal will be to provide on-going competition for all national teams so they will be able to operate on a full-time basis.

Arranging friendly games with European teams, who form the majority of the world's women's soccer powers, won't be easy, though. The 2023 Women's World Cup qualifying competition will keep most of the teams fully booked for most windows over the next year. The exception: the teams in the three five-team groups will have two bye dates over the five qualifying windows, and no qualifiers are scheduled for February 2022. (U.S. Soccer typically hosts the SheBelieves Cup in February.)