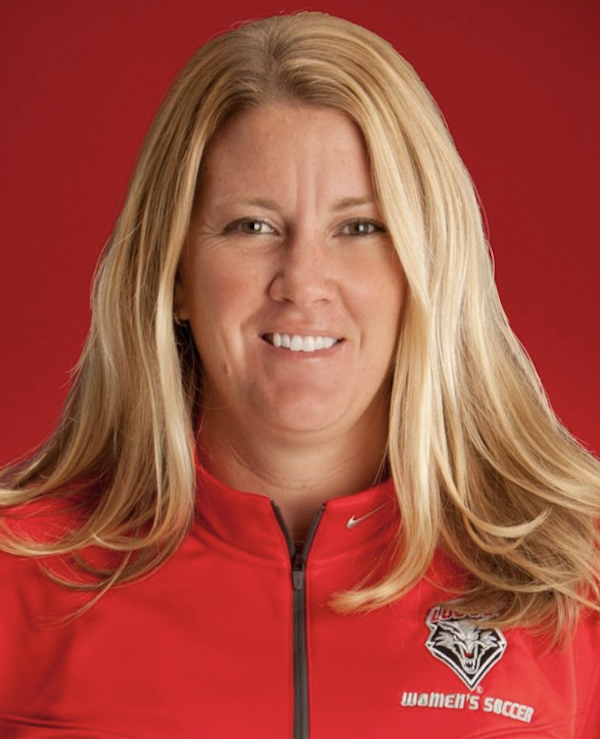 The eyes of the soccer world seldom focus on New Mexico. Yet the “Land of Enchantment” -- with its towering mountains, high plains and vast desert -- supports a thriving soccer scene. From long-established high school powerhouses to its very popular USL team, the state supports an array of strong programs.

That includes the University of New Mexico women’s team. Quietly, and off the beaten track, head coach Heather Dyche has fashioned the Lobos into a force. In six years they’ve won two regular-season Mountain West titles, and twice advanced to the championship match. Last year they were 10-2-1, with a potent attack and stingy defense.

Dyche -- the 2020 conference Coach of the Year -- is a proud New Mexico native. A four-year All-State defender at Eldorado High, she captained Florida State when the Seminoles were ranked ninth in the country.

She’s coached and traveled around the world. But her heart lies in her home state. “Soccer is big here, and growing all the time,” Dyche says. “We have two clubs in the Girls Academy. The boys compete well in the ECNL. New Mexico United (the USL team) draws well (averaging more than 8,000, and 12,000-plus in its 2019, pre-pandemic season). And we get good crowds at our games too.”

With her impressive resume – including coaching stints at the national youth level, work on the U.S. Soccer and Concacaf instructional staffs, and with Olympic Development Program regional teams – Dyche is one of the country’s leading coaches.

She does not have many collegiate counterparts. Only about one-quarter of NCAA Division I women’s soccer teams have female head coaches.

“It’s a shame,” Dyche says. “It’s really important for young girls to know ‘if you see it, you can be it.’”

While coaching is a “great profession,” one reason for the dearth of females in head spots is the time demand. Even in 2021, women generally bear more of a burden of raising children and running households than men.

“It’s tough to have a family, while being responsible for the well-being of your team and student-athletes 24 hours a day, seven days a week,” Dyche says. “The No. 1 thing I hear from my colleagues is how hard it is to turn off being a coach. It can affect your relationships with family and friends.”

She would also like to see more mentorship opportunities for females. Some programs, she says, hire women just to have diverse staffs. Coaches need help to succeed, Dyche says. U.S. Soccer’s SheChampions Mentorship Program, run by Karla Thompson and including leaders like Jill Ellis, Laura Harvey, Lesle Gallimore, Lauren Gregg and Anson Dorrance, is a good start. The goal is to double the number of elite professional female coaches by 2024. Last year, Dyche mentored two women.

However, she notes, “Ultimately, what’s most important is that a coach is invested in you as a person. And that’s gender-neutral.”

Dyche’s philosophy – seeking the best coaching and program, no matter where it is – applies to the youth scene too. She recruits from both the Girls Academy and ECNL, without getting drawn into turf battles or acronym wars.

Every parent, she says, must “find a place where your daughter will grow and thrive. Where’s the environment where she is valued? At the end of her soccer experience – whether it’s club or college – you hope she’ll come away with lifelong lessons. It’s not just about what happens on the field. And there are many different places where she can have that experience.” 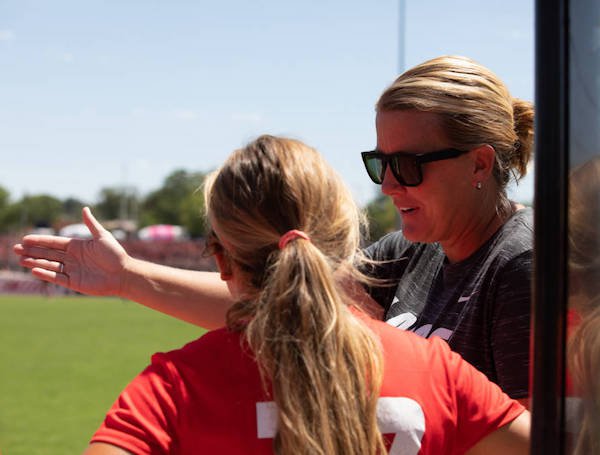 Soccer is the vehicle through which young players learn to make eye contact, shake hands, and speak in front of groups. LEAD served 400 girls a year, before the pandemic. It was on hiatus for a while, but is now back up to 250. A boys version, in partnership with New Mexico United, will launch soon.

Dyche’s newest project is United Soccer Coaches’ board of directors. She was elected last winter, and becomes president in five years.

She appreciates the professional organization’s active promotion of advocacy, giving underrepresented groups – including women – a voice. “It’s important to make soccer accessible to everyone,” she says. “Board service is a big learning curve. But I admire the men and women who have led it, and I’m proud to be part of it.”

Though New Mexico is home, Dyche roams far. As the only female on Concacaf’s educational board, she teaches license and grassroots courses in places like Antigua, St. Kitts and Grenada.

Most Caribbean coaches do not make their living from soccer, she explains. “But they love the game. Their sole motivation is to get better.” Their passion helps inspire her. With all the pressures of coaching, how does Dyche cope? Does winning help eliminate some of the worries?

“I don’t always handle things perfectly,” Dyche admits. “Soccer does affect my mood. But I keep reminding myself: Soccer does not define a person. Everyone will fail at some point. You just need to be able to bounce back.”