Octagonal: Honduras will be without Alberth Elis for September qualifiers 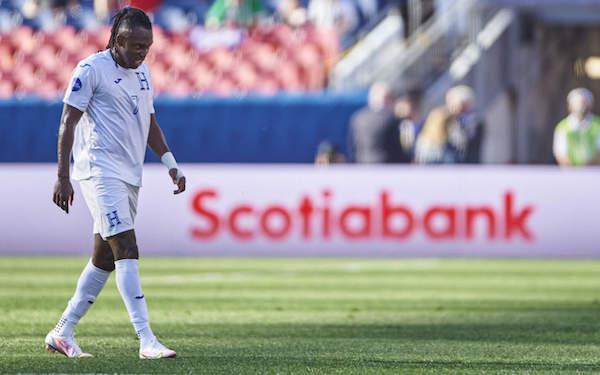 Honduras, which will host the USA on Sept. 8 in the third of its three World Cup 2022 qualifiers in September, released its 26-player squad.

Of the Honduran starters in the Concacaf Nations League semifinals against the USA in Denver, defender Kevin Alvarez and Elis are the only players unavailable. Only three players from the Honduras U-23 team that knocked the USA out the Tokyo Olympics -- Edwin Rodriguez, Rigoberto Rivas and Jose Garcia  -- are in the squad picked by head coach Fabian Coito.

La Bicolor lost to the USA, 1-0, in the Nations League semifinals. It fell to Mexico, 3-0, in the Gold Cup quarterfinals. Honduras won one game and lost two at the Olympics, where it was competing for the fourth straight time.

Coito's squad includes six MLS players, led by veterans Maynor Figueroa and Boniek Garcia, who have more than 300 caps between them. The call-ups include LA Galaxy defender Danilo Acosta, who filed a switch of association this summer after previously representing the USA at the 2017 U-20 World Cup. Four players are former MLS players.

Datebook: The Catrachos will open at Canada Sept. 2 and El Salvador Sept. 5 before returning home to face the USA Sept. 8 at the Estadio Olímpico Metropolitano in San Pedro Sula. The Honduran federation plans on allowing about 7,500 fans into the game -- 20 percent of the capacity of 37,325. It will be using the Estadio Olímpico Metropolitano as a center to promote Covid-19 vaccinations and offer discounts for tickets to future qualifiers for those who are vaccinated.