TV Watch: MLS ratings are up across all three networks 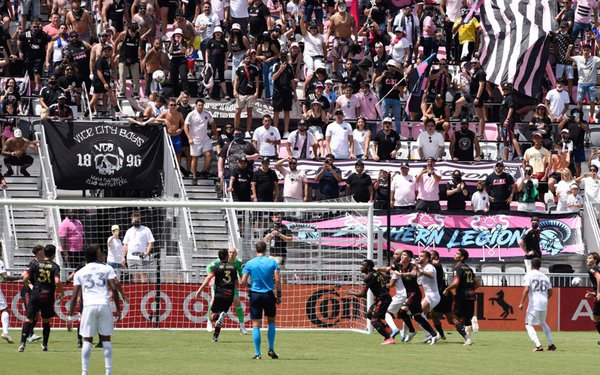 Here's a look at the three networks and the average viewerships, as provided by MLS:

ABC has carried five regular-season matches, the most since 1998. (It originally was supposed to air 10 MLS regular-season games in 2020, but it ended up airing only three games, all late in the season, the first regular-season broadcasts since 2008.)

The 2021 coverage included the first MLS doubleheader on ABC. Portland vs. Seattle and Inter Miami vs. Atlanta United (photo) delivered audiences of 620,000 and 557,000, respectively, on May 18.

The remaining 11 games on the Disney channels will all air on ESPN and ESPN Deportes, beginning with two rivalry games on Friday night and one on Sunday night.

UniMas is averaging 307,000 viewers, the  network’s highest viewership of all-time. It has aired nine games while Univision has carried five so far. In all, the TUDN networks are slated to carry 25 regular-season games in 2021.

But FOX has carried six of the seven regular-season games it is scheduled to air in 2021, and none matched the 2020 average of 540,000 viewers for five Fox national broadcasts, boosted by 756,000 viewers for the prime-time coverage of the Nashville SC's first game against Atlanta United.

The largest network audience in recent years was 1,609,000 viewers on FOX in 2019 for the Atlanta United-New York Red Bulls game that followed the Women's World Cup final.