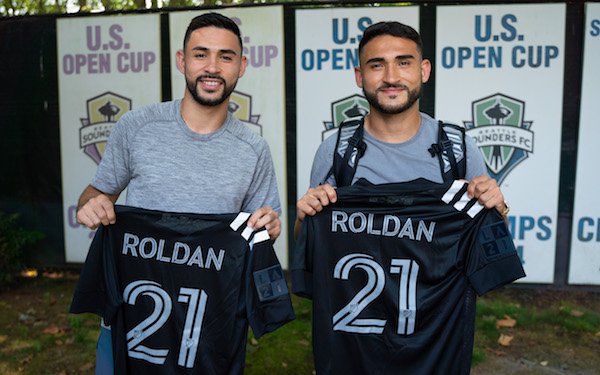 Major League Soccer's All-Star Game is what it is, as they say -- maybe a tad more than that with this year's format -- but could it be more special for Cristian Roldan?

The Seattle Sounders' do-it-all midfielder is participating in his first midseason gathering of big names as one of six players from the Western Conference leaders, as the fan-chosen captain of the MLS side, and with his little brother -- Sounders right back Alex Roldan -- by his side.

Oh, and all the better, it's in his hometown, with family and friends among those planning to watch Wednesday evening at Los Angeles FC's Banc of California Stadium.

That it's against a Liga MX all-star group, in a matchup furthering the rivalry between North America's soccer powers -- perhaps the first time in the event's 25 outings that both teams truly care about the result -- makes it all the better.

“It's a great story for myself and Alex,” Roldan noted Tuesday afternoon following the MLS All-Stars' lone training session at LAFC's headquarters on the Cal State L.A. campus, about 8 miles northeast of the stadium. “We're from here, obviously, and to be able to share this stage of our first all-star game is pretty darn special. And [playing] against another all-star team is different and it's new ... and it's part of history.

“You want to be part of history, you want to be the first to do many things, and I think this is a really great event for that reason.” 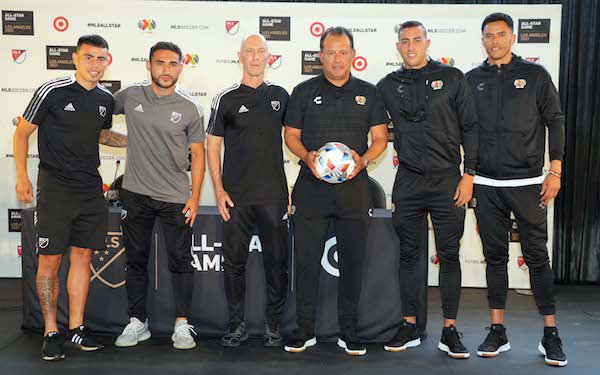 It's another signpost along Roldan's superb summer, and might his presence make the difference for the MLS stars? He's not lost yet in 2021, going 10-0-6 in 16 appearances with the Sounders and 5-0-0 while helping the U.S. national team to the Concacaf Gold Cup title -- claimed with an overtime victory over Mexico -- at the start of the month.

Roldan is getting the kind of attention that has too often eluded him, in favor of those with more flash and finish, as he's won respect around the league and now with the national team as something of a role player, playing a variety of roles, who takes care of so much of the detail that determines results.

He's a humble, heady player capable of playing any midfield role -- and occasionally elsewhere -- whose intensity and work ethic has made him a fan favorite in Seattle, where he's been a key figure in the Sounders' runs to four MLS Cup finals and titles in 2016 and 2019.

If he wasn't quite so valued in his first 20 appearances for the USA, the first four years ago, his play off the bench, mostly, in the Gold Cup triumph changed that.

Roldan, 26, played a role in three goals in the 6-1 Group B victory over Martinique in Kansas City, his lone tournament start, and played vital roles as the U.S. pulled out four one-goal victories, three by shutout, to win the title. His biggest moment: the late cross Matthew Hoppe put away to beat Jamaica in the quarterfinals.

“I think things have fallen into place, and my game is being recognized, and I thank everybody for seeing that,” Roldan said. “But it's about, at the end of the day, winning games and winning trophies. Individual accolades are great and all, but [when you do] something as a team, those are the most memorable things in your career.” 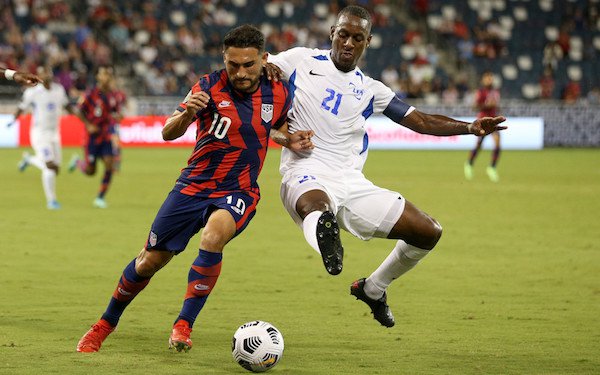 All-Star Games, generally, don't reach those kinds of heights, but this one might, mostly because Alex Roldan, a year younger than Cristian is here, too.

The Roldans -- the third, older brother, Cesar, is the LA Galaxy's head athletic trainer -- grew up in Pico Rivera, maybe 15 miles east of downtown Los Angeles -- and played together for Independiente, a little-known club in nearby Norwalk, and at El Rancho High School, which they led to a Southern California Regional title, the closest thing California has to a state champion, in Cristian's senior year.

Cristian was the bigger star, winning the Gatorade National Player of the Year honor in 2013 and starring two seasons at the University of Washington before signing a Generation adidas pact with MLS and joining the Sounders in the 2015 SuperDraft. He saw a lot of time as a rookie, became a regular in midfield in 2016, and increasingly played a pivotal role -- first as one of two holds, then in an expanding role as an 8 and increasingly as a key cog in the attack -- en route to climbing to No. 3 in MLS games played (189), fourth in MLS assists (28) and eighth in MLS goals (24) on Seattle's all-time lists. 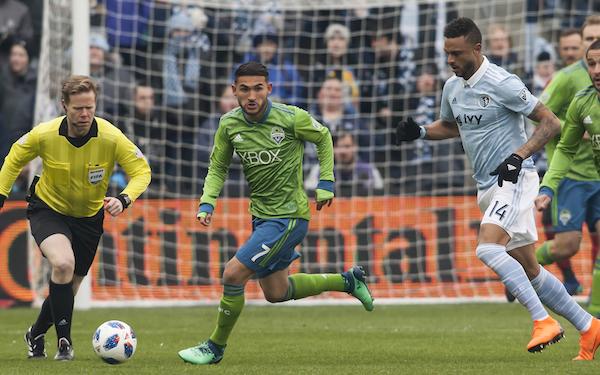 Alex followed his brother to Seattle, starred for four years at Seattle University, and joined Cristian with the Sounders in 2018. He mostly came off the bench as an outside midfielder in 28 appearances his first two seasons, but his option was declined after the 2019 MLS Cup triumph.

He came back when camp opened as a trialist at right back, won a contract and saw some playing time during the pandemic-trimmed regular season -- making just three starts in 18 appearances -- then started four playoff games after Kelvin Leerdam was injured as the Sounders reached last year's MLS Cup final, which they lost at Columbus.

This year he's been a revelation, among the reasons the Sounders are 12-3-6 and three points ahead of Sporting Kansas City in the Western Conference. He also accepted an invitation to play for El Salvador, his mother's native land, in the Gold Cup, making four appearances and scoring in his debut, a 2-0 win over Guatemala.

“Going into the offseason where he got his option declined and he came back to the team and trialed in a different position is what's really changed his career and changed the way the league looks at him, the way the league respects him,” Cristian said. “Switching to a right wing back and the formation change [to a 3-4-2-1] helped him quite a bit, being able to be a little more effective on the offensive end and having cover defensively, and [it's all about] the work that he'd done.

“He deserves all the recognition because of the amount of work that we didn't see -- I certainly saw it, but we as fans didn't get to see that -- and he's enjoying the fruits of his labor.”

Cristian's example has been pivotal.

“I've always been, I don't want to say, in the shadows, but I've always been competing with him in everything that we've done. Sports, school, trying to win over my parents,” Alex told MLSsoccer.com in May.

“There's just always been that type of relationship," he added, "and I think that's the best thing that could have ever happened to me, because it's always me measuring myself against him. And he's been a successful person in life, so I think it's a pretty good person to compare myself to and to always try to one-up.”

He's ecstatic to be sharing the stage this week with his brother.

“It's a great feeling,” Alex said Tuesday. “I think reaching this point as an individual and as you're having your own career is a success on its own, but being able to enjoy this with my brother [is amazing]. We grew up playing for the same club, playing for El Rancho, and here we are playing in front of thousands of fans against the Mexican players. I think it's a great accomplishment. ...

“It's a true success story within our family, and we're soaking it up as much as we can.” 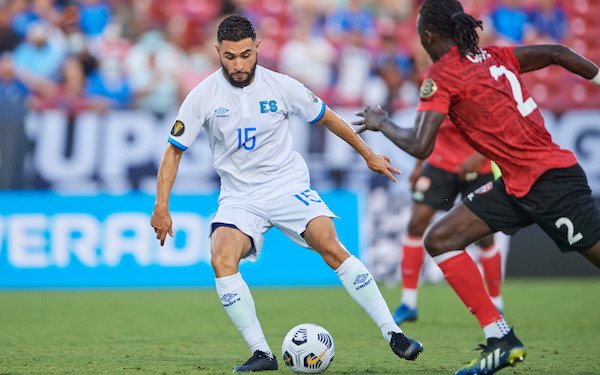 Cristian says there will be about 15 family members on hand Wednesday night, and this year's format -- the first time MLS's stars have played the best from a rival league -- will offer them something worth seeing.

“We're seeing this rivalry continue to grow,” he said. “We saw it, obviously, in the [Concacaf Nations League and Gold Cup] finals, Mexico-U.S., and within the Champions League and Leagues Cup. That rivalry is only getting better, only continuing to grow.

“I think it's great for the league anytime you put the best players or the best teams against each other. You see quality football, and that's what we're all hoping for [on Wednesday].”