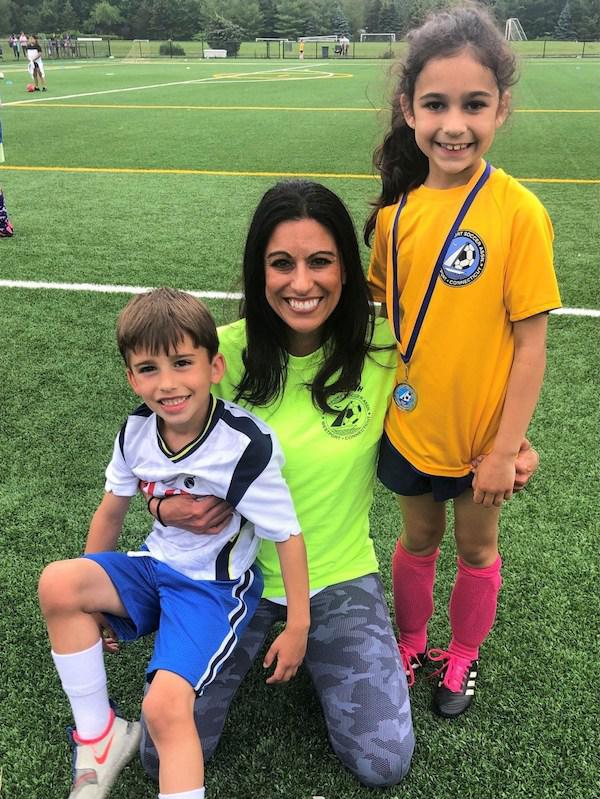 Westport, Connecticut, has a robust youth sports scene. Kids fill our fields and courts, running, playing, laughing and learning life lessons. None of it would be possible without parent coaches. Thousands of boys and girls benefit greatly from the volunteer efforts of hundreds of dads and moms. Well — mostly dads.

Tara McCarthy is both a Westport Soccer Association board member, and a youth coach. She’s been surprised at how few other women coach. She writes:

I moved to Westport from New York City in June 2017. The next year — as soon as my daughter Allie started kindergarten, I began coaching her “rec” soccer teams. The Westport Soccer Association is a great organization, with wonderful professional coaches (Kelvin is a favorite!) and parent volunteers. Our town is lucky to have it.

That being said, I was so disappointed that first year because there was only one other “mom coach” in the girls kindergarten division.

Since then, I have tried to encourage other moms I’ve met to coach their daughters’ soccer teams. As far as I know, I have only successfully recruited one.

For all ages, the vast majority of coaches rec coaches continue to be dads. Please don’t misunderstand: It’s amazing that dads coach their daughters (and their sons!).

My husband Kevin coaches our son Leo’s rec soccer team. My own dad coached me in a bunch of sports when I was growing up.

But every season that I have coached, little girls (usually from the opposing team) tell me that they “didn’t know moms could coach.”

For this reason (and so many more), I believe it is important for girls to see that moms can (and do) coach too. 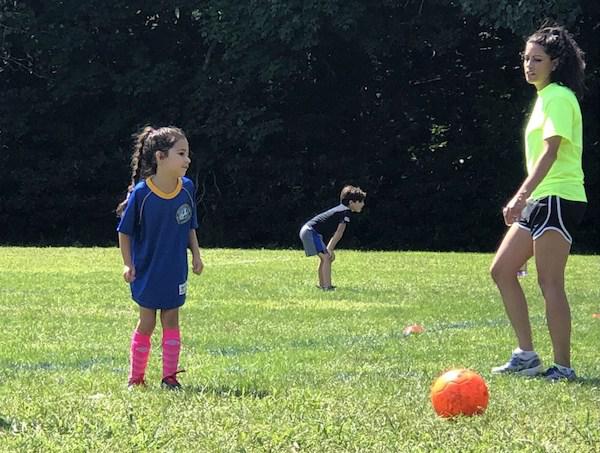 While this is one reason I coach, the main one is because getting out there every Saturday with my daughter is fun! It is an activity that Allie and I do together -- just us.

Allie gets to see a side of me that is different from the mom she’s used to seeing (the one that nags her to eat broccoli).

Similarly, I get to see a side of Allie that I wouldn’t necessarily see had I not been out there on the field. She’s determined, resilient, and even tougher than I thought.

Another bonus is that I have gotten to know Allie’s friends and teammates better than I would have had they just come over for a playdate.

It has been a joy to coach Allie and her little friends these past few years. I get way more out of the experience than the girls.

I encourage my fellow moms to coach their daughters’ teams. It’s easy. At least for the younger divisions, no experience is required. It’s mainly about making sure every child plays about the same amount of minutes, encouraging them, and teaching good sportsmanship.

Tara has a great idea. It applies to all sports. But I’d add another thought: More women should coach their sons’ teams, too. Boys need those role models. They need to see their mothers in those new lights. It’s a win-win!

• The article first appeared on Dan Woog's blog 06880 Where Westport meets the world.