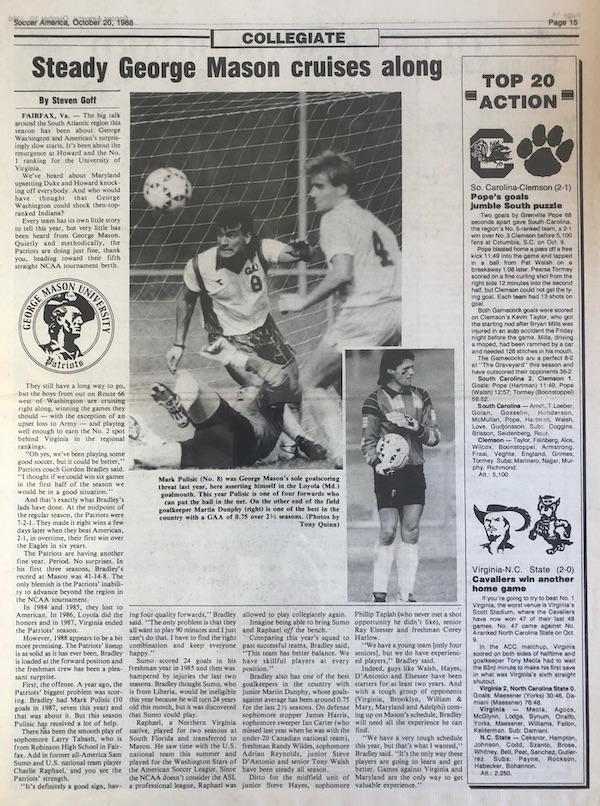 The father of superstar Christian Pulisic appeared several times in Soccer America, including in a 1988 article by Steven Goff, the Washington Post's longtime soccer reporter who also free-lanced for Soccer America during our print magazine days.

One of Mark Pulisic's GMU teammates was Corey Harlow, a roommate and friend as well. Harlow's sister Kelley  arrived to GMU on a scholarship in 1989, when Mark was a senior. Kelley, whose youth soccer teammates included Mia Hamm, moved straight into Coach Hank Leung's lineup on the backline and her 72 consecutive starts still rank among the longest streak in program history. Mark and Kelley celebrated the birth of their son Christian on Sept. 18, 1998. 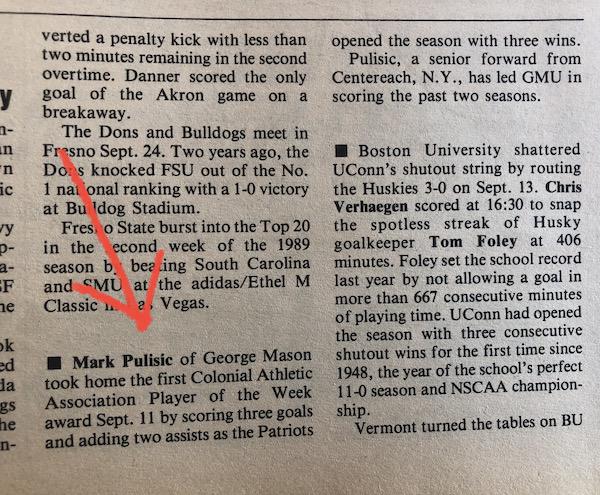 Mark Pulisic started strong in his senior year, as Soccer America reported in September 1989 (above) when he earned Colonial Athletic Association Player of the Week honors. Both he and his future brother-in-law assisted in a wild game against FDU (below, from SA, October 5, 1989). Mark finished his college career with 35 goals in 73 games and capped his senior season with a third NCAA playoff appearance in four years and a second CAA title.

(The Pulisic-Harlow history at GMU is nicely detailed in this article by Jerome Boettcher: Pulisic Patriot Connection: Mason Played Role in Soccer Tale.)