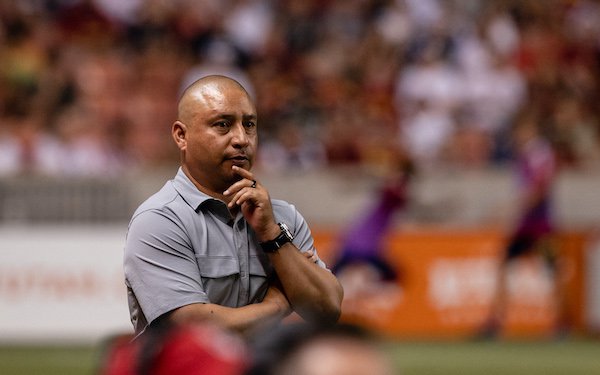 Most head coaches who depart in mid-season are pushed out with their team in jeopardy of not making the playoffs or already out of contention.

Such was not the case with Real Salt Lake head coach Freddy Juarez.

RSL enters the weekend with a 7-7-6 (W-L-T) record, but it sits in sixth place in the Western Conference.

Juarez has chosen to leave RSL, however. And his departure sets up a rare situation -- for MLS -- that two teams will meet with new coaches in charge on both sides for the first time.

Assistant coach Pablo Mastroeni will serve as interim coach on Sunday night when RSL travels to Vancouver, where Vanni Sartini will be interim head coach for the Whitecaps following Friday's departure of Marc Dos Santos.

Juarez, who has worked at RSL for more than a decade at multiple levels, was named interim coach in 2019 when Mike Petke was fired, and he retained the job after the decision. He leaves with a winning record: 18-14-23 over 55 games.

Juarez's contract was going to be up at the end of the year -- RSL held a one-year option -- and The Athletic reported that he will take a position at Seattle as an assistant coach.

Juarez, 43, previously worked for Sounders GM Garth Lagerwey and sporting director Craig Waibel when they were at RSL -- Waibel appointed Juarez as interim coach in place of Petke -- and the Sounders have two openings on their coaching staff following the recent departures of Gonzalo Pineda (new Atlanta United head coach) and Djimi Traore (headed back to Europe to accept an unnamed coaching opportunity).

Juarez was expected to coach RSL at least through the end of the season, but the situation in Seattle changed things.

Juarez's future was complicated by RSL's lack of direction. MLS has operated the club while its seeks a new owner following owner Dell Loy Hansen's decision to step aside in 2020.