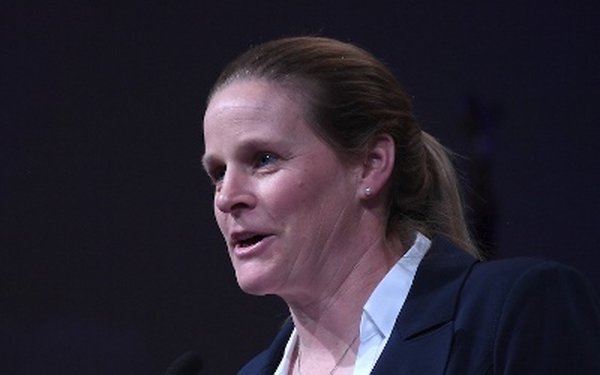 Cindy Cone says she will run for re-election for a full four-year term.

The election will be held March 5, 2022, at U.S. Soccer's National Council Meeting in Atlanta. The deadline for candidates to submit the required endorsements is Jan. 4, 2022.

In a media call on Saturday, Cone explained her reasons for running:

"I feel like there's a lot left to do. I've spent my entire presidency in [the] Covid [pandemic]. Everyone knows the challenges that it presents, but I think we are moving the Federation in a new direction with our new leadership on the board as well in our senior leadership and throughout the organization. I just feel like there's a lot left to do in moving things forward, increasing diversity at every level, from the youth game all the way up and throughout our organization, growing the youth game, getting these CBAs done, settling some of these litigations. I feel like things have moved slower and been put on hold due to Covid restraints, so I would like to see some of these things through. We have massive events on the horizon, World Cup '26, the women in the World Cup in '23, the men more immediate in '22. These are the reasons that I want to continue on and to push this game forward and be part of the solution."

Cone was elevated to U.S. Soccer president in March 2020 following Carlos Cordeiro's resignation and ran unopposed in February 2021 for an additional one year to complete Cordeiro's four-year term.

Cone, who played 158 times for the U.S. national team and was elected to the National Soccer Hall of Fame in 2018, was elected as U.S. vice president in a special election held in 2019 to fill the vacancy left by Cordeiro's successful run for president in 2018.

Cordero resigned in March 2020 in the aftermath of the contentious filings by U.S. Soccer in defense of the gender discrimination lawsuit filed by members of the U.S. women's national team. The women have appealed the partial summary judgment, dismissing the equal pay portion of their claim, issued in May 2020.

In other topics addressed by U.S. Soccer CEO Will Wilson and Cone during the media call ...

What is Vlatko Andonovski's status as women's national team coach in the aftermath of the USA's 2-2-2 record in women's soccer at the Tokyo Olympics?

Cone: "After every event, we do a full breakdown on the evaluation of the team. How can we get better? Where are there areas for improvement? That is just starting now. The sporting department is taking a deep dive on the Olympics, just like we would do with any other event. I fully expect Vlatko to continue as our women's national team coach. Unless he decides otherwise." 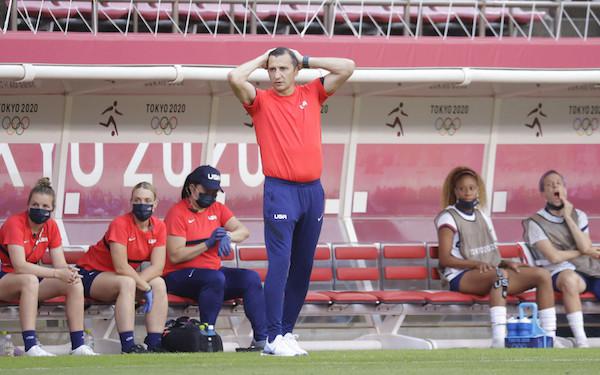 U.S. Soccer budgeted for a deficit of $40 million for fiscal year 2022 (April 1, 2021, to March 31, 2022). What has been the impact of the crowds for the six national team games U.S. Soccer has organized so far this fiscal year (five women's friendlies and one men's friendly)?

Wilson: "The games that we've been able to have have been great games with fans in the stadium in large numbers. And we're hoping that continues to track in that direction. And also that has a positive impact for us. But as we also see what's happening with the Delta variant, we're keeping a very close eye on that and we'll have to adjust accordingly, if needed, in future games that come up. But at this point in time, we're very encouraged about what we've been able to do, and the fan response has been a really positive."

Will U.S. Soccer consider enforced vaccine mandates on ticket buyers for those over the age of 12 for its upcoming national team events (three men's qualifiers and four women's friendlies in September and October)?

Cone: "We work very closely with our chief medical, Dr. George Chiampas (photo). We are evaluating this every single day, taking his recommendations as he does research on it as well to see what are the states are doing, and following the protocols that George puts forward for us." 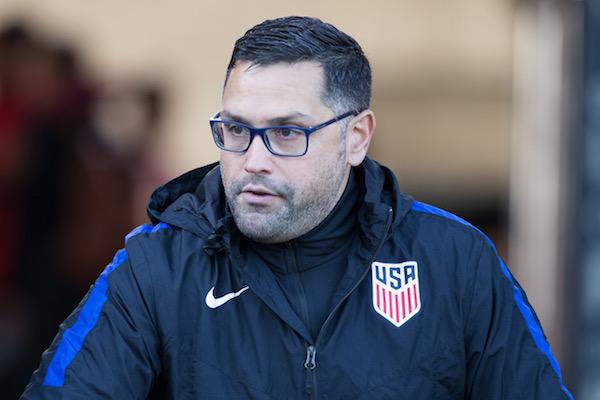 Where do things stand on U.S. Soccer's negotiations on a new media rights deal following the decision not extend its long-standing agreement with Soccer United Partners?

Wilson: "We are in the market having very productive conversations. We are really encouraged about the broad interest in the rights. Our media partners will be really important strategic partners for us going forward as part of our overall growth strategy. We're excited about the process and we're really encouraged by the response so far, and we're looking forward to it continuing."