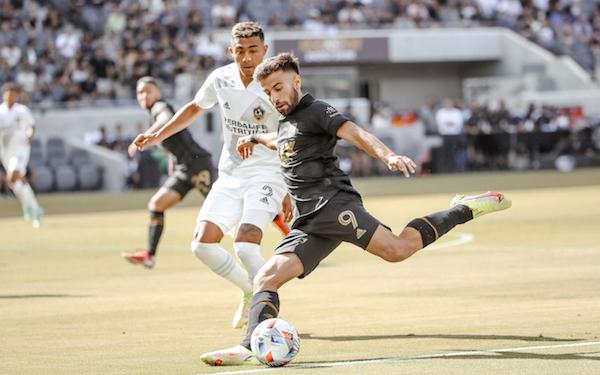 The story of the LA Galaxy's 3-3 tie with LAFC in the latest El Trafico thriller was how it came back from 2-1 and 3-2, getting goals from Dejan Joveljic (his second of the game) and Kevin Cabral in their first LA derby.

Indeed, six Galaxy starters were playing in their first El Trafico. But it was 20-year-old right back Julian Araujo who had a big influence on the outcome, assisting on both the tying goals by Joveljic and Cabral.

The two goals by Joveljic were the 22-year-old Serbian's first two goals in four MLS games since arriving from Eintracht Frankfurt. Cabral, a Young Designated signing from French club Valenciennes, scored just once in his first 13 MLS games but has scored in three of the Galaxy's last four games.

“They score a lot of goals in training, so it’s good that it’s finally paying off in games," said Araujo. "They’re both good players and they have a lot of talent and they’re just going to continue to score more goals and just be ready for them.”

Even though he is only 20, Araujo is an El Trafico veteran. He started his seventh game against LAFC, tied for second among Saturday's starters with Jonathan dos Santos, behind only Sebastian Lletget, who has started nine of the 12 El Trafico games. Indeed, the only starters who were with the Galaxy before 2021 were Lletget, dos Santos and Araujo, who praised his teammates for their effort in the comeback:

"It was just another game, but we knew it was a very important game. We knew what it meant to us and to the city of Los Angeles. It was a derby and why we play football. We battled for 90 minutes, we were down in the second half, but we did not give up. We kept going and got another goal and walked away with one point."

Araujo's two assists give him six in 2021, the most on the Galaxy and two more than he had in his first two seasons with the Galaxy combined. His ability to get up and down the right side from his fullback position and be a threat in the attack is something relatively new. 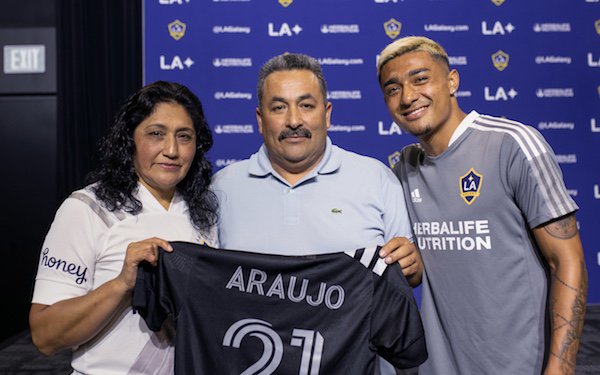 Araujo, who was selected to represent MLS in the 2021 MLS All-Star Game against the Liga MX all-stars in Los Angeles, credits first-year Galaxy coach Gregg Vanney with working with him on getting to the endline.

"This season is a lot different," he said. "We have a very good coach. He has ideas. We just try to do everything he trains us to do."

An illness set Araujo back at the beginning of 2021 -- he didn't suit up for the USA's 7-0 win over Trinidad & Tobago in the first national team game of the year -- and he did not get off the bench in the 2-1 loss to Honduras that knocked the USA out of the Olympics.

In the first meeting with LAFC in May, the Galaxy came out on top, 2-1. At the time, Araujo said the win -- and his performance -- gave him a needed confidence boost.

Araujo grew up in Lompoc, where his father, Jorge, had followed his family from Mexico to pick crops. Julian played at Santa Barbara SC and the Barca Residency Academy in Arizona before entering the Galaxy academy in 2018. Within six months, he signed with the first team. 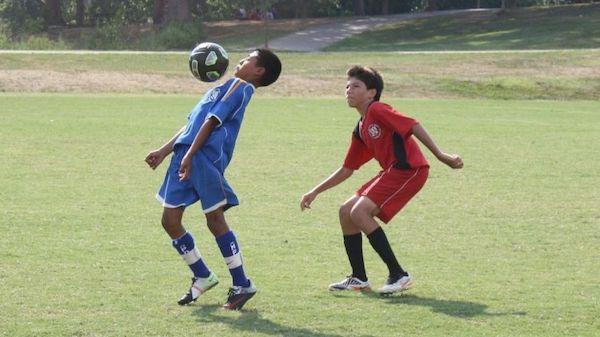 Earlier in the year, Araujo signed a contract extension with the Galaxy through the 2025 season, but he has reportedly attracted interest from clubs across Europe.

Araujo represented the USA at the U-20 and U-23 levels and earned his first cap at the senior level in a friendly in 2020, but he has yet to commit to the USA or Mexico, turning down a U.S. call-up for the Gold Cup and reportedly for the September qualifiers.

He'd have to file an irrevocable change of association with FIFA to play for Mexico.