MLS: Matt Jordan is out as Houston Dynamo general manager 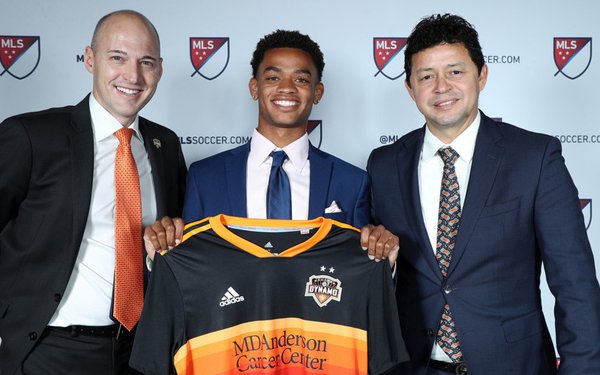 In one of the first moves since the Houston Dynamo was sold, the MLS club parted ways with senior vice president and general manager Matt Jordan.

Jordan, 45, had held the position since 2014 after coming over from the Montreal Impact, where he served as technical director for four years.

The Dynamo was an MLS powerhouse in the first decade after its move from San Jose, winning MLS Cup in 2006 and 2007, its first two seasons in Houston, and reaching the final in 2011 and 2012. But it has made the playoffs only once in the last seven seasons, reaching the Western Conference final in 2017.

Houston has had one of the smallest budgets in MLS in recent years. Its only major signing in 2021 was Zimbabwean defender Teenage Hadebe. He has played every minute in nine games since arriving from Turkey this summer but has not yet been part of a winning effort.

The Dynamo sits in last place in the Western Conference with a 3-9-10 record. It has a 14-game winless streak, the longest in club history.

Ted Segal, who recently took over an majority owner, issued a statement on Monday:

“After spending the last several weeks observing and evaluating a number of facets of our organization, I determined that it is in the best interest of the Club to go in a different direction with our soccer operations leadership. I want to thank Matt for all of his contributions to the Dynamo. He added to our championship history, aligned the Dynamo Academy and the first team, and was extremely generous with his time and knowledge as I prepared to take stewardship of the Club.”

Jordan spent 12 seasons in MLS as a goalkeeper and also played in Denmark after starring at Clemson University.