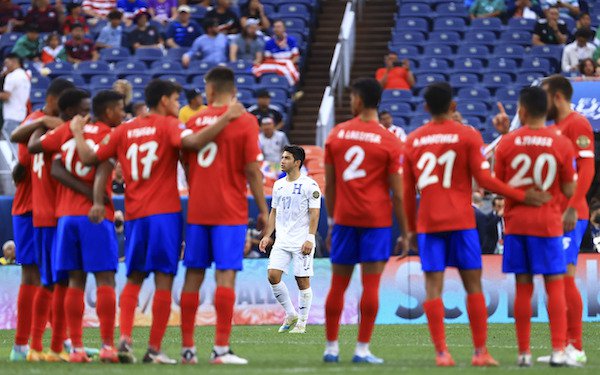 Central American neighbors Panama and Costa Rica renew their rivalry when they open play in the Octagonal on Thursday night in Panama City.

The Canaleros and Ticos finished in the top three of the Hexagonal four years ago to qualify for the World Cup, but they have struggled since then.

Panama dropped so far down the Concacaf rankings in 2018 and 2019 that it was moved into the preliminary stages of World Cup qualifying, where it needed a 0-0 tie ar Curacao to advance to the Octagonal. The Canaleros then were the only Octagonal team that did not reach the quarterfinals at the Gold Cup, finishing third behind guest team Qatar and Honduras.

Thomas Christiansen, who was born and raised in Denmark and played internationally for Spain, replaced Argentine Americo Gallego as Panama's coach in the middle of the lockdown.

Panama took an aging team to Russia, and many of the players familiar to MLS fans on that team have retired: Jaime Penedo, Felipe Baloy, Blas Perez and Luis Tejada. Christiansen's current team consists of players scattered around the world, playing at clubs in 15 different countries, including three in MLS.

Costa Rica won its group at the Gold Cup, sweeping all three games, but they are the Ticos' only three victories in 14 games since play resumed after the pandemic lockdown.

The results included a pair of shootout losses to Mexico and Honduras in the Concacaf Nations League in Denver followed by a 4-0 defeat to the USA in a friendly played in Utah. Within hours of the loss, Coach Ronald Gonzalez was fired.

Veteran Colombian coach Luis Suarez is now in charge of the Ticos. He knows Concacaf well, having coached Honduras through the 2014 World Cup qualifying cycle. Before that, he took Ecuador to the 2006 World Cup.

Suarez can count on veterans like Keylor Navas, the Paris St. Germain goalkeeper, and Celso Borges and Bryan Ruiz. A trio of teenagers are being groomed for the future: 19-year-old forwards Manfred Ugalde and Kenneth Vargas and 17-year-old midfielder Jewison Bennette.