Olympics welcomed 3x3 basketball. Why not futsal or beach soccer?

One of the more interesting new events in an Olympics filled with novelties was 3x3 basketball. It's recognizably basketball, but it goes at a faster pace and is something many recreational players have enjoyed.

Basketball isn’t alone in having an untraditional discipline in the Games. The most entrenched is beach volleyball, which has evolved past the “Look! Women in bikinis!” stage to be one of the more interesting events each time around. Rugby doesn’t even have its original 15-player version and is instead represented by rugby sevens, which packs a lot of scoring into a short game. If cricket ever makes the Olympic program, it would surely be the condensed Twenty20 format and not the three-, four- or five-day formats that date back a couple of hundred years or so.

So what can soccer learn from this?

Soccer has a couple of widely played cousins. There’s beach soccer, which puts a premium on juggling and volleys (especially bicycle kicks) to keep the ball off an uneven surface: 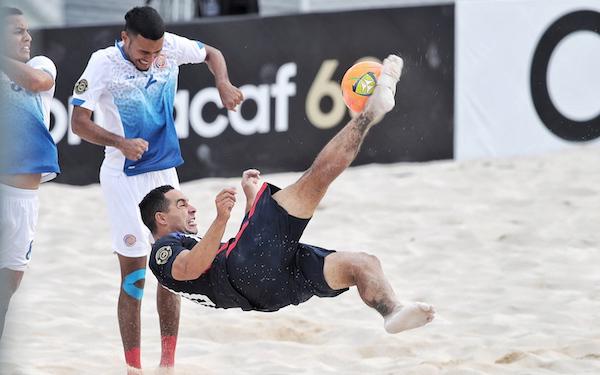 Then there’s futsal, a much-lauded training tool whose entertainment merits are debatable: 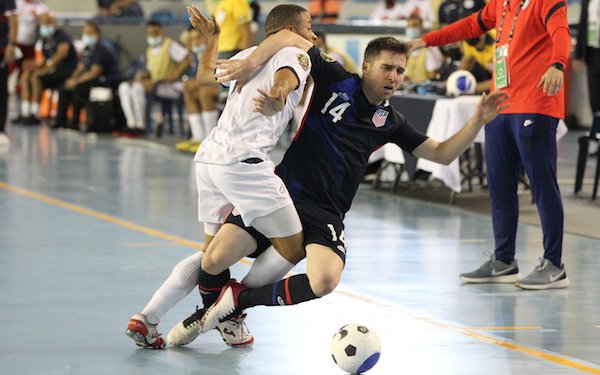 One wild card would be what we used to call “indoor soccer” (NASL, MISL, NPSL, WISL) but is now called “arena soccer” (MASL) or “futbol rapido” (Mexico). The American Association of Soccer567 has put together games between U.S. teams and visitors from Mexico, Brazil, Colombia and Somalia.

The AAS567 leads us to yet another form of soccer under the auspices of the World Minifootball Association, an international body with interests in arena soccer and various small-sided games. One thing “minifootball” has in common with traditional soccer is that the U.S. women are World Cup champions.

(With all the tinkering we’ve seen in the USA, I’m surprised we never saw a soccer league try a 7-a-side game that can be played in a baseball outfield and would lend itself to the high scoring Americans allegedly want. I say “allegedly” because if scoring mattered so much, lacrosse would be more popular than soccer.)

But realistically, the choices would be beach and futsal, especially because they’re both sanctioned by FIFA, the IOC’s recognized governing body.

Establishing each discipline as its own entity with specialist players would help, but it’s not necessary. Pro 3x3 is in its infancy, though specialists are emerging. (The U.S. women won gold with WNBA players, while the men had no one from the NBA and didn’t qualify.) Cricket typically has the same players in all forms of the sport.

Beach volleyball, on the other hand, is a distinctly different sport. Indoor volleyball has setting specialists and defensive specialists, while beach players have to do it all. Beach volleyball organizations haven’t always been stable, but pro play has existed for decades. Rugby sevens also has branched off a bit as well, with little overlap in rosters between the frenetic sport and the traditional game, which is more of a grinding affair.

The case for futsal in the Olympics: To begin with, it doesn’t require sand. It can share a venue with handball. It would be the purists’ choice.

The case for beach soccer: It may cater to a younger audience. It’s better-suited for cool highlights.

Either would be a nice complement to traditional soccer in the Olympics.

As stated before, women’s soccer has outgrown the Olympics and would be better off focusing on the World Cup and continental tournaments as the men do. The men’s soccer tournament is such a strange hybrid, with an almost random selection of overage players added to an under-23 tournament.

Another advantage to switching soccer disciplines: Olympic hosts are struggling with the sheer scope of the Games. Outdoor soccer requires large stadiums, and many games are hosted far outside the host city. Futsal can be played anywhere; beach soccer can take place near beach volleyball and perhaps surfing.

Besides, the best Olympic sports peak at the Olympics. The biggest Olympic sports (track and field, swimming, gymnastics) have substantial world championships, but the Olympics are the pinnacle. That’s not going to happen in soccer (or tennis or golf, but that’s another rant), but it could happen for futsal or beach soccer, and the sports would surely grow in the Games.