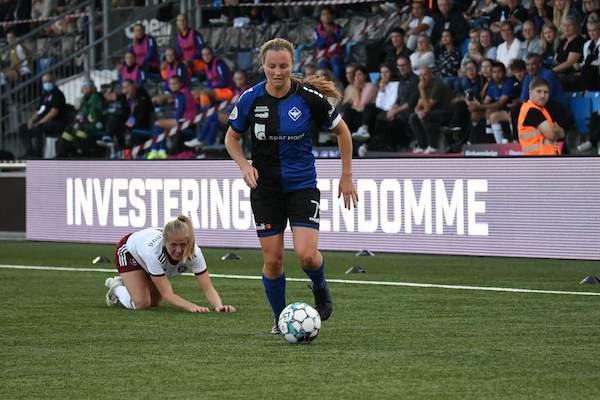 This year's competition, the 21st edition, marks the first with a 16-team group stage after previously going to a 32-team knockout format following the qualifying stage. Four teams -- Barcelona, Paris Saint-Germain, Bayern Munich, Chelsea -- were seeded into the group stage. This week's second-leg, Round 2 qualifying clashes determine the remaining 12 spots.

Macario was the only U.S. Olympic bronze-medalist with a Champions League club going into the qualifying. Last week, Tobin Heath signed with Arsenal, which takes a 3-0 lead into its second leg against Slavia Prague on Thursday. 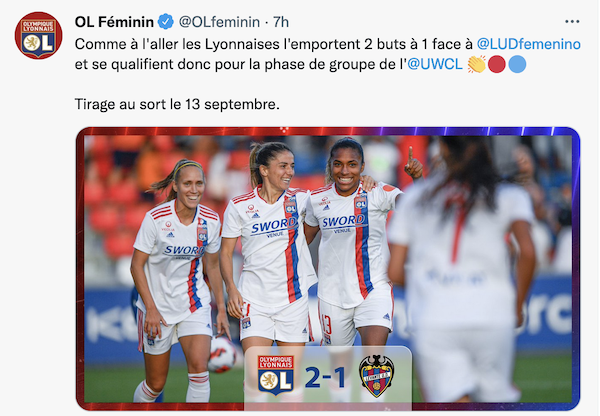 HB Køge was acquired by American George Altirs, founder of the apparel company Capelli, while it was in the Danish second tier in 2019. Køge since won promotion and in June lifted the Danish Women's Elitedivisionen title as Carusa, who starred at Stanford and Georgetown, led the league in scoring. Carusa was one of five Americans who saw action in the win on Wednesday over Sparta Prague along with Kaylan Marckese, Kelly Fitzgerald, Lauren Sajeiwch and Maddie Pokorny, while Arianna Romero (who plays internationally for Mexico) was on the bench.

• Katie Stengel scored for Norway's Valerenga, which had Hannah Seabert at goalkeeper, in Wednesday's 3-2 loss to Sweden's Hacken, which advanced, 6-3, on aggregate.

• Bordeaux, with Malia Berkely  on the backline, beat Wolfsburg, 3-2, for a 5-5 aggregate total but fell in the shootout tiebreaker.