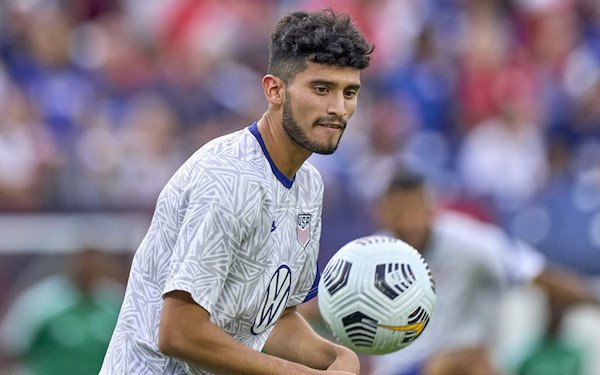 Would you get excited about watching a team that scored a goal about once every two hours? That's about the scoring rate of the USA in its previous six games ahead of Wednesday night's World Cup qualifier in Honduras. Just how unentertaining the soccer was that Coach Gregg Berhalter's team delivered may have been ignored amid the laudable achievement of a young squad winning the Gold Cup, but it became truly distressful when World Cup qualifying started with a scoreless tie in El Salvador and a 1-1 draw with Canada.

It wasn't just the lack of scoring, rare too was the excitement that comes from scoring opportunities. Opposing goalkeepers averaged 2.5 saves, mostly routine, in the six games. Besides the depressing prospect of dull games, there was also the fear that World Cup qualification couldn't be achieved if this team didn't significantly improve its goalscoring ability. Specifically, the team needed a goal-dangerous center forward. Imagine how much more effective the likes of Christian Pulisic or Gio Reyna would be on a team spearheaded by an exceptional striker.

We saw him on Wednesday: Ricardo Pepi.

Berhalter gave the 18-year-old Texan his U.S. debut in the away World Cup qualifier and was rewarded immensely. Pepi appeared twice in the buildup for Antonee Robinson's equalizer, scored with a terrific header to give the USA the lead, assisted on Brenden Aaronson's 3-1 goal, and his sharp shot rebounded for Sebastian Lletget to score the final goal of a 4-1 win.

The last big test for the USA that delivered as many thrills was the 3-2 Nations League final win over Mexico, during which the USA scored all three of its goals from set plays -- two corner kicks and a penalty kick. The USA's Gold Cup final goal over Mexico also came from a set play, a header from a free kick. There's nothing wrong with scoring from set-play goals, but it was reassuring to see the USA score four from the run of play against Honduras, demonstrating a variety of attacks -- and all of them included the center forward.

It's been quite a year for Pepi, who has scored 11 MLS goals, starred in MLS All-Star Game and became the youngest player to score an MLS hat trick. Much attention was also given to Pepi's announcement that he would play for the senior national team, ending speculation that he would play for Mexico, with whose U-16s the Texas product trained in 2018. But Pepi choosing the USA is not a surprise, considering his long history with the U.S. national team program. And his rise points to the positive evolution of MLS player development, specifically at FC Dallas.

Pepi joined FC Dallas' academy from the team's affiliate youth club in El Paso in 2016 when he was 13, debuted professionally with FC Dallas' USL League One affiliate North Texas SC at age 16 in 2019, and made his MLS debut later that season. Playing USL ball gave Pepi adult soccer experience at a young age -- he scored 11 goals in 13 games -- and he began integrating into the national team program when called up for a U-14 camp in 2017, when Shaun Tsakiris was beginning to build a U-16 squad that would ultimately compete at the 2019 U-17 World Cup.

Varas, who coached with Tsakiris at the De Anza Force before Tsakiris' 2015-2018 U.S. Soccer stint, was by then an FC Dallas academy coach along with Luchi Gonzalez. (The pair is now in charge of the first team, with Gonzalez as head coach.)

"His exceptional talent was always there," Tsakiris said, "but maybe he wasn't as fit or as sharp." Varas, who assisted Tsakiris at some USYNT national team camps, guaranteed that FC Dallas would take care of that. Pepi starred for the USA at the 2018 Nike Friendlies and made the 2019 U-17 World Cup team.

"What Dallas has done with Pepi has been exceptional," said Tsakiris, now the Technical Director of Los Gatos United. "They've done a great job, and all credit to him because he put the work in." 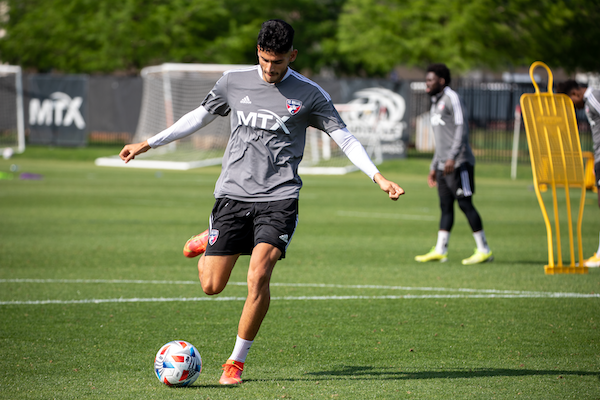 Pepi's knack for scoring was alway there, Tsakiris says, and he attributes Pepi's ability to take it up the levels to:

Undoubtedly Pepi's scoring instinct developed before he entered the structured environment of FC Dallas and the U.S. youth national team program, but they accelerated his rise at a rate American players didn't experience in previous generations. For U.S. Soccer, Pepi is a reminder of the importance of a fully operational youth national team program.

Pepi's fantastic debut sends a message to other young dual nationals, who have yet to witness such a feat from a player who chose El Tri. For fans, there's greater hope of seeing exciting attacking play from the USA than there was a few days ago.