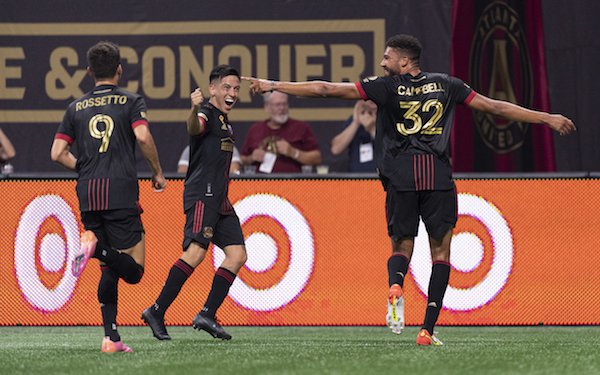 The win was the fifth in the Five Stripes' last six games and first since Gonzalo Pineda took over as head coach. They started out with just two wins in their first 17 games. The victory moved Atlanta United into eighth place in the Eastern Conference, below D.C. United on total goals.

Atlanta United was missing center back Miles Robinson, who started all three World Cup qualifiers for the USA, and forward Josef Martinez, who was with Venezuela in South America, but it dominated the match.

It got first-half goals from Homegrown defender George Campbell and an own goal by Orlando City's Daryl Dike. Argentine Ezequiel Barco completed the scoring with his fifth goal of the season.

Pineda, the former Seattle Sounders assistant, praised his players for their work in preparing for the game.

"Sometimes, we as coaches can really pay attention to the solutions that the players provide to us, not us always providing the solutions," he said. "I love to analyze the training sessions because we can see certain behaviors from them that we can continue in the game plan, and they did it fantastically today.”

Pineda tried to deflect attention away from his first win as a head coach:


"It’s not about my first victory. It’s about these three points that are very valuable for the team [and] for the club. The players deserve every single part of the victory. I felt like that they did an amazing job."