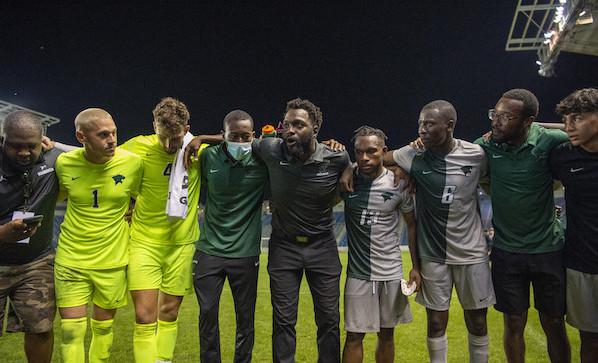 Across the country, COVID took a toll on college soccer programs. Seasons were canceled, budgets slashed. The University of Cincinnati dropped its men’s team entirely. What happened at Chicago State University, though, was truly remarkable. In mid-pandemic, the small public school added men’s soccer as a varsity sport. In NCAA Division I.

The move was not totally altruistic. Administrators eliminated the baseball team; soccer was seen as a less expensive alternative. Among the assistant coaches, only one is full time. There is not even a dedicated soccer facility. But Chicago State fully funds the squad with the NCAA limit of 9.9 scholarships. And for a school that a few years ago teetered on the edge of closing completely, the move is massive.

It was also massively challenging.

Head coach Trevor Banks was hired away from Brown University, where he was associate head coach. The move from the Ivy League to a Midwestern institution was, well, massive. But for Banks – who grew up “in the ghetto” – it's been an ideal opportunity.  He relishes building both a team and a culture, and says he feels at "home." And he appreciates the chance to do it at a predominantly Black college. 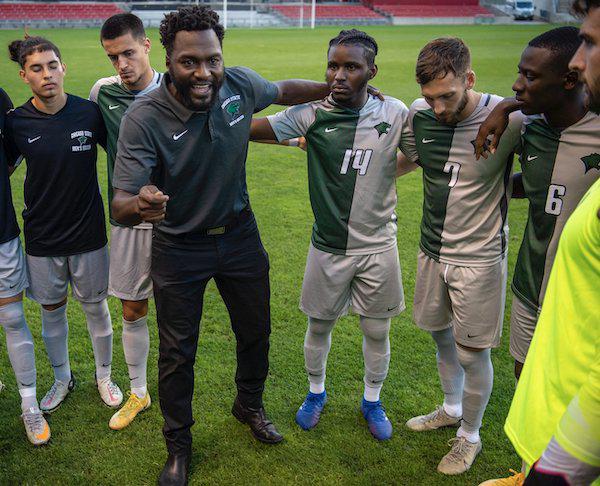 One of Banks’ first tasks was recruiting a team. Many Chicago-area players remembered the school’s challenges. In addition to funding, there had been lawsuits, and a graduation rate of just over 10 percent. Urging players to think about CSU, and play for a team that did not yet exist, was not easy. Although CSU student-athletes have had a graduation rate of 70%+ since 2017.

Banks’ message was simple: “You can be part of something special, on and off the field. We’re different from other schools.” For some, this was the only opportunity to get a college education.

He used his many contacts, in Chicago and elsewhere, to build a squad. The 40-man roster includes players from nearby and the rest of the United States, plus Canada, England, France, Germany, Barbados, Jamaica, Haiti, Brazil, Cape Verde, Nigeria and Togo.

Banks is enthusiastic about players like area residents Ben Suddeth, Jose Ibarra, Julian Pacheco, Eianncris Panaligan and Jayrell Garcia. “I had to explain to every kid and parent that Chicago State is not what they thought,” says Banks. “I had to assure them the school was not going to close, that we could accomplish a lot in soccer, and they could grow as people too.

"As we grow, we’ll be even more successful getting local players. Chicago State was known for negativity. That’s all shifting now.” 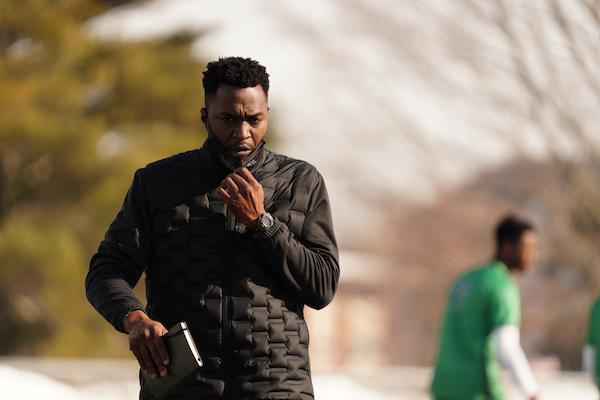 Fundraising was also difficult. It’s tough enough for an established program to raise money. Throw in a pandemic, an unknown team at a small school, and it could seem impossible. Banks welcomes that challenge too.

His goal, he says, is “the same as every coach: be in the NCAA tournament.” Nothing is guaranteed. But he wants his to be the first CSU team – in any sport – to compete for a national championship.

In his first head coaching job, Banks faces surprises every day. “I always wondered why Pat (Laughlin, at Brown) went to all these crazy random meetings. Now I’m the one going to them.” Wherever he goes – crazy random meetings, recruiting visits or matches – Banks has an opportunity to spread the message about Chicago State soccer.

The story he tells is one of opportunity. Increasingly, it is also about intriguing results on the field. After opening the 2021 season with a 2-1 victory against Northwestern, the Cougars played four straight overtime matches. They went 1-2-1, most recently a 1-0 defeat at Xavier University.

That game was played in Cincinnati. A few miles away, the University of Cincinnati no longer fields a men’s soccer team. But – improbably, almost impossibly, but with passion, pride and potential – the Chicago State University Cougars were in town, proving that even in the middle of a pandemic, a new program can rise.