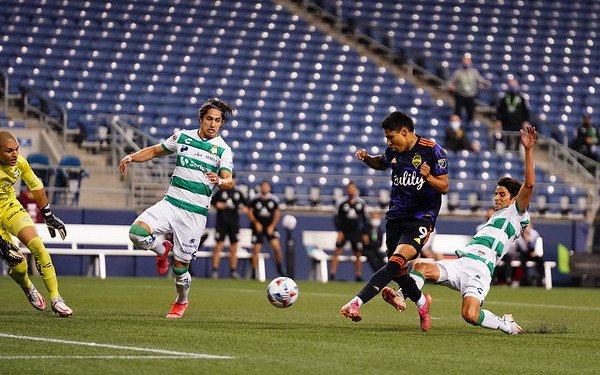 The Seattle Sounders will play for the second League Cup title next Wednesday in Las Vegas, where they meet the winner of Wednesday's Leon-UNAM game.

The Sounders moved into the final thanks to a 1-0 win over Santos Laguna on Raul Ruidiaz's goal in the third minute of stoppage.

Ruidiaz, MLS's leading scorer with 14 goals in 2021, scored on a rebound of his own shot saved by Santos keeper Gibran Lajud after his breakaway was triggered by a through ball from young Brazilian Leo Chu, who came on in the 82nd minute to make his Sounders debut. 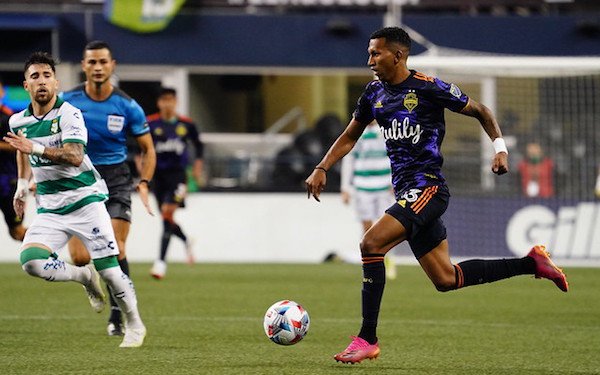 The win sends the Sounders into their fifth final in the last six years and 10th since they began play in MLS in 2009, one of many storylines Seattle coach Brian Schmetzer said there will be to write about:

"What I'm writing is we are in another final, this organization, this club's in another final. There are hundreds of storylines for this game: Fredy Montero started with us in 2009, he's back and playing an important role for our success. How good is Raul Ruidiaz? There's an easy storyline for you, that's a layup for you. We did that without Nico [Lodeiro], without Nouhou today, I purposely kept those guys out because they had some soreness. This club is doing it in many different ways with many different lineups. You guys can write up what you want."