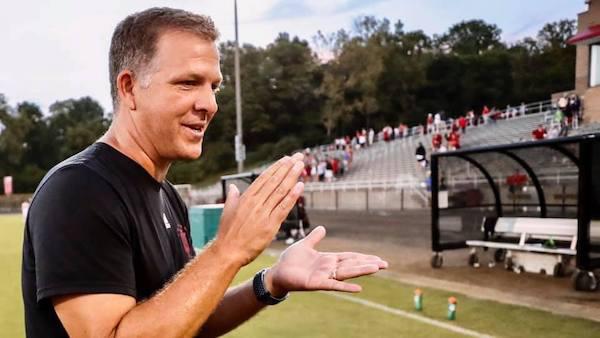 It’s rare for a father and son to be the head coach the same college soccer program. And for the son to be coached by his father, and then his son in turn do the same, seems impossible.

But that’s business as usual at Indiana University. The Yeagley legacy is just one more reason the Hoosiers have helped set the standard in NCAA Division I from the 1970s through today.

Todd Yeagley is IU’s current coach. He assisted his father Jerry – the man who brought the team from club status to national powerhouse – in 2003, the final season of his 30-year NCAA career. In 2010, Todd took over as head coach.

Since then, the former Columbus Crew defender led his squad to the 2012 College Cup championship – the first 16th seed to capture the title while marking the Hoosiers' eight national crown – as well as last season’s COVID-shortened Big Ten regular season and tournament title. The Hoosiers reached the College Cup final, but lost in overtime to Marshall University.

Like everyone, Yeagley says, he dealt with the pandemic as best he could.

“It was not what anyone signed up for,” he says. As a coach, he struggled to develop relationships with his players off the field. “The time we usually had on the bus, at the hotel, having dinner at our home – those face-to-face contacts are important. Zoom is OK. But you need those eyeballs, those hugs.”

After starting the spring season at “cold, empty Grant Park,” the Hoosiers vied for the championship in a North Carolina stadium with 5,000 fans. They did it with a roster of primarily American players. The Thundering Herd earned their 1-0 victory with an international side. 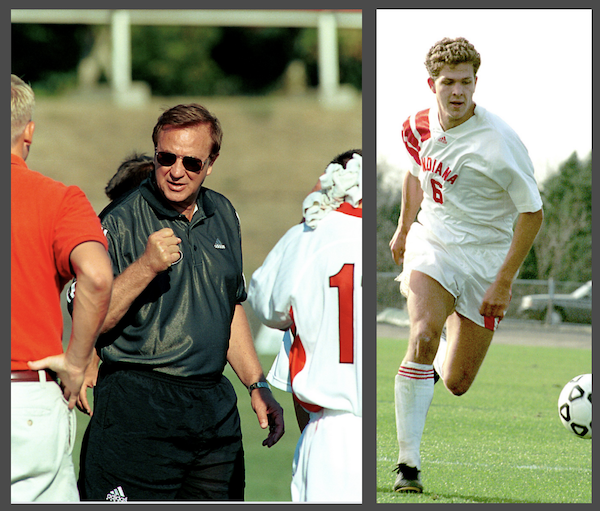 “Fortunately, there’s lots of talent here,” Yeagley notes. “We sprinkle in a few players from the coasts. It’s a good recipe for us. It resonates with the type of school IU is.”

He does not begrudge Marshall’s reliance on players from several continents. “Teams take different directions,” says Yeagley. “Every team does what it needs to do. What works for one might not work for another. I’m not passing judgment.”

Yeagley notes that between 2013 and 2018, there was a 62 percent increase in the number of international soccer players in NCAA’s Division I. “They help elevate the college game. But they nip the opportunity for American players to get a spot, grow and develop.”

One issue his father did not often confront was athletes leaving after one or two seasons to go pro – or forgo college soccer completely.

Yeagley understands the draw of the professional game, for those who are good enough. He and his staff have “frank discussions” with MLS coaches and technical staffs about the best timing and fit for certain players.

In fact, he is a big proponent of America’s premier professional league. It’s helped hone talents, and provided career opportunities in the sport for players off the field, too.

His job, Yeagley says, is to “maintain our culture in the face of players who leave. Seniors are the ones who pass it on to younger players, so everyone can keep it going.”

Despite its detractors, Yeagley believes that college soccer is an excellent way to develop American players. It prepares players for the next level, and forces them to take responsibility.

Many college players, he explains, have never played before large crowds, or in “matches that mean something, for their school or even the entire state.” While MLS Next and, before it, U.S. Soccer’s Development Academy have improved young players’ positional play and tactical knowledge, Yeagley says, “some of the games don’t have any meaning. There’s no real incentive to win. The competitive edge isn’t always there.”

The Hoosiers, by contrast, have a target on their back every time they take the field. He seeks recruits who relish that challenge. Earlier this month, IU played at Akron. “There were 3,000 fans yelling at us. It was a hostile environment,” Yeagley says, relishing the moment himself. “Our players learn: Every game counts.” 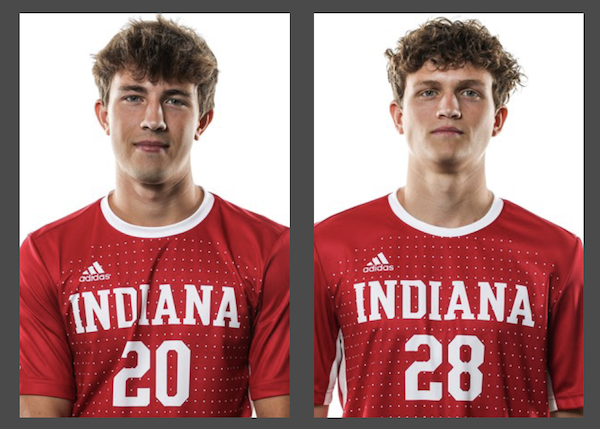 He learned that lesson from his father. Now he’s passing it on to his sons. Ben Yeagley is a junior Hoosier; Grant Yeagley is a freshman. Both are midfielders.

As Todd found with Jerry, “they have to do more than other players to earn what they get. That helps in soccer, and life.”

But the joy of sharing important moments on and off the field, and the simple pleasures of watching them interact with their teammates and coaches, is “really cool,” Yeagley admits. “I want them to have the same challenges, fun and great experiences I did.”

So if Ben and Grant have sons, will they play – as an unprecedented fourth generation – for the Hoosiers too?

Yeagley laughs. “That would be great. But I’d just be happy with good, healthy grandchildren.”