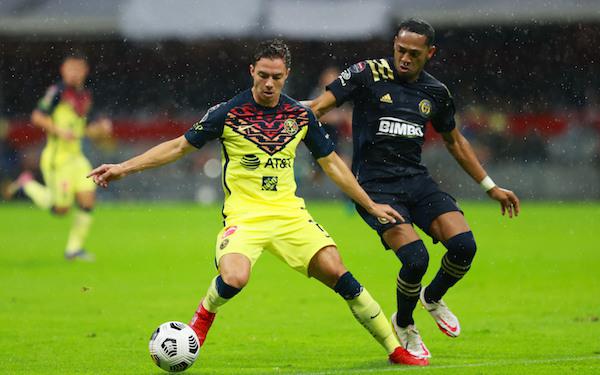 Once again, the Concacaf Champions League champion will be a Mexican team.

The Philadelphia Union, MLS's last hope in 2021, exited with a second 2-0 loss to two-time champion Club America in the second leg of the semifinals on Wednesday night.

MLS teams have reached the final just four times in 13 years and lost every time:

The Union had a chance to get back in the series when it was awarded a penalty kick in the 49th minute, but America keeper Guillermo Ochoa stopped Jamiro Monteiro's shot off the woodwork and out of danger.

Late goals from Nicolas Benedetti and Henry Martin sealed the second leg for America, which will face the Monterrey-Cruz Azul winner in the final on Oct. 28.

The Union reached the semifinals with series sweeps over Costa Rica's Saprissa and Atlanta United in the spring.

Besides Atlanta United, the four other MLS teams all exited to Mexican teams. Toronto FC, the Columbus Crew and Portland Timbers fell in the second round. The lone MLS team to prevail over a Liga MX team was Toronto FC, which beat Leon in the first round.

Leon will face the Seattle Sounders in the Leagues Cup final on Wednesday after beating UNAM, 2-0, in the semifinals in Houston. A week later, the Crew will host Cruz Azul in the Campeones Cup.