Returning to the FIFA Futsal World Cup for the first time since 2008, the USA opened against defending champion Argentina and fell, 11-0. On Friday, it followed up with a 4-2 loss to 2016 bronze medalist Iran, which had opened with a 3-2 win over Serbia in Group F. 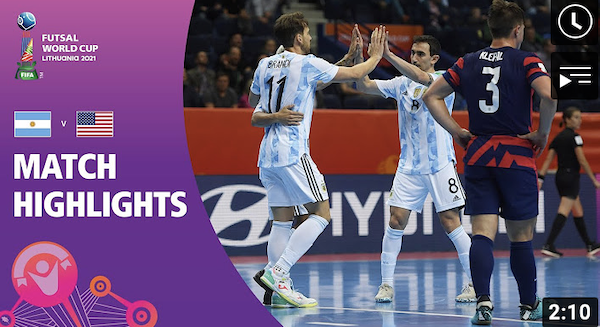 Luciano Gonzales scored the USA's first goals of the tournament in the 4-2 loss to Iran. The USA faces Serbia, a 4-2 loser to Argentina, on Monday. Four of the six third-place finishers advance to the knockout stage, thus USA has not been mathematically eliminated. It would likely need a rout of epic proportions over Serbia and fortunate results in other groups to advance. 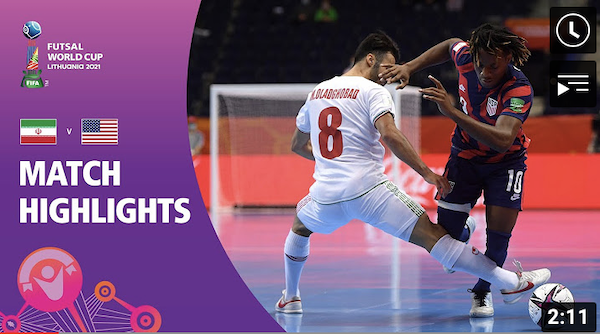